Erdogan: "We will not spare those who support Greece in the Aegean"

"We are together in NATO, but you come and arm the Greek islands with weapons" 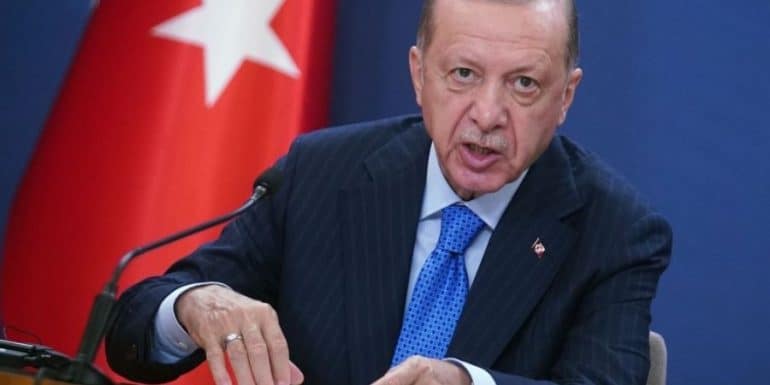 "We are together in NATO, but you come and arm the Greek islands with weapons," said the Turkish president, putting them with the US for both Greece and the F-16s.

Speaking at an event on the English-language state television channel, TRT World, Recep Tayyip Erdogan hit back at Washington.

"We have not spared them, nor will we spare those who supported Greece in the Aegean and the Mediterranean and encouraged the aggressive and provocative initiatives of this country, and we will not back down," he said, adding emphatically that while Turkey and the US are NATO allies , America prefers to arm Greece and not give Turkey the F-16s, which it has already paid for.

"Are we together in NATO? Yes we are together, but you (USA) come and equip the Greek islands with weapons and planes. We still haven't resolved an F16 issue with you. We couldn't resolve it even though we already paid for it."

The Turkish president appeared rigid on the Cyprus issue once again, now claiming that we are not abandoning the dialogue, but on a more "fair ground".

"We are not abandoning the dialogue to resolve the Cyprus problem with new and concrete steps on a fair ground."

At the same time, Recep Tayyip Erdoğan went against the EU and the US on the issue of terrorism.

"It is clear that it is difficult for us to dream of a common future with a Europe that supports both covertly and openly the terrorist organizations against which Turkey fights, protects terrorists and stands by them in every issue," he said against the EU, while for the USA he said the same thing he said for Greece, that even though they are allies, they are arming the Kurds of Syria.