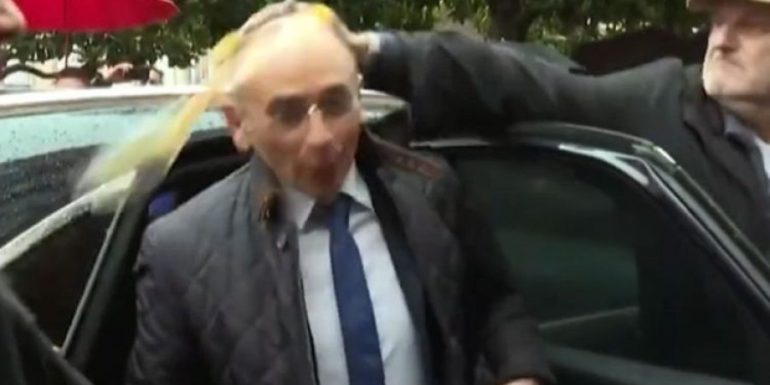 The arrival of the French presidential candidate, Eric Zemour, in the city of Mossac in the south-west of France, as part of his election campaign, was at least episodic.

French media reported that the pensioner was outraged after the derogatory comments made by the French nationalist politician for children with special needs. The detainee is said to have a son with autism.

Eric Zemmour recites a sigh on his head as he reaches Moissac this week pic.twitter.com/YUUqg6mEgb

In particular, Eric Zemour had publicly spoken out against the process of enrolling children with special needs in schools, proposing that these children be "taught in separate institutions", as he had characteristically stated.

🇫🇷 FLASH - Eric #Zemmour it is drawn by a piece of cloth which is pressed on the head when it is reached à #Moissac. (via @ChristelleMeral) pic.twitter.com/MfgYSellmq

According to opinion polls, Eric Zemour is third with 12,5% ​​of the vote, behind Emanuel Macron and Marin Lepen, who are ahead with 30% and 18% respectively.