Because the Putin regime can collapse quickly

Selfishness and corruption have spread to all parts of the state, including the Kremlin itself. 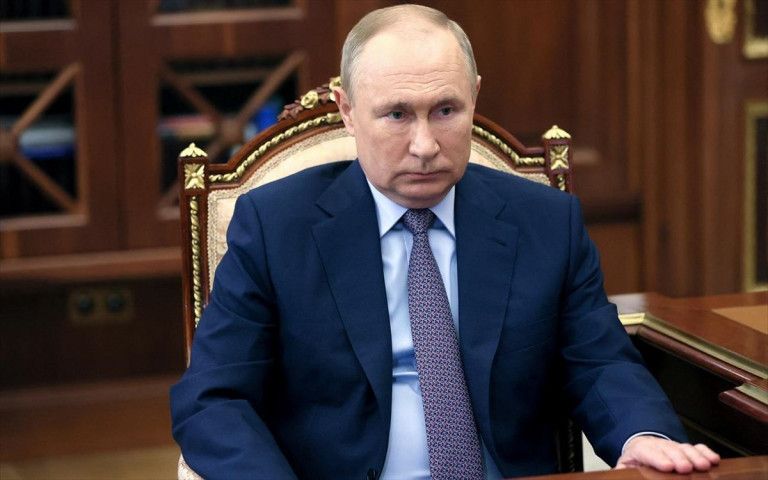 Former British Foreign Secretary William Hague notes that the initial failures of the Russian military leadership in Ukraine, which resulted in massive loss of life and equipment and in particular the occurrence of frequent advanced weapons failures abandoned in the field, of military models produced by a regime largely based on greed. Selfishness and corruption have spread to all parts of the state, including the Kremlin itself.

In an article in the British newspaper The Times, Hague pointed out that "the most dangerous problem in which the regime of President Vladimir Putin is sinking after his last war adventure is basically strategy."

The nature of the "Putin state"

"Suddenly we began to realize," Hague adds, "the nature of the" Putin state "based on a system that values ​​the power of equipment while ignoring the subtle power of planning and coordination. It is a system that can organize demonstrations of power that frighten even observers, indiscriminately dropping bombs on terrified civilians who are fighting against a powerful opponent, who appears strong on the outside but hollow on the inside.

The former British diplomat said that this result, which is now clearly revealed, is a natural continuation of the slip into corruption of a system led by a "tyrant" and is characterized by blatant negligence and the constant need for deception. Deception that even concerns the plans of the army.

Tens of thousands of Russian soldiers may have believed, perhaps the "lie", that they were maneuvering in Ukraine after the start of the military operation decided by the administration, and the Kremlin may have believed the assurances of the FSB secret service that Ukraine resistance would be weak, which is also the reason for the arrest of senior officers of the service.

Lies in all directions

It is a system - adds Hague - in which the Supreme Command lies to those below, and in which the spy services lie to the leadership, and to justify everything that happens the whole power structure lies to the outside world and to the Russian people. Even Russian Foreign Minister Sergei Lavrov dared to make it clear last week that his country had never attacked Ukraine.

Hague emphasizes that the lies of the Putin-built system, which will have significant implications for the future, are "directed at the base, at the top and abroad" in a way that makes it impossible for the Russian soldier in front, as well as generals in Moscow.

This does not mean, however, that the Russian armed forces are exhausted and incapable of continuing, but they have concentrated their efforts and will undoubtedly try to improve, while the possession of a huge nuclear arsenal by Moscow will remain a central factor in world politics.

Putin's allies are able to see the truth

However, Hague added, the weakness of the Russian military remains a reflection of the political system behind it, an empty structure that will soon lose its reputation and respect when its truth based on corruption and the selfishness of its people is revealed. , which may take months or years, but it is best for Putin's supporters to start thinking of a way out now.

The first military mistakes of the Russian army in Ukraine show that Moscow can no longer achieve its goal. In other words, to make this country a malleable neighbor, no matter how much it expands its war and no matter how many innocent people it kills.

Even close friends of Moscow can see this, as Belarus is silently trying to stay out of the war, while China is engaging in discussions about the Russian military operation. Putin's best choice is to end the war through "peace talks," which does not necessarily mean that these countries will change their approach, but at least it shows that they are able to see the truth.