Alexei Navalny's appeal hearing has been adjourned until May 24

The appeal of Russian opposition leader Alexei Navalny, who is already in prison and sentenced again in March to nine years in prison for "fraud", has been postponed to May 24. 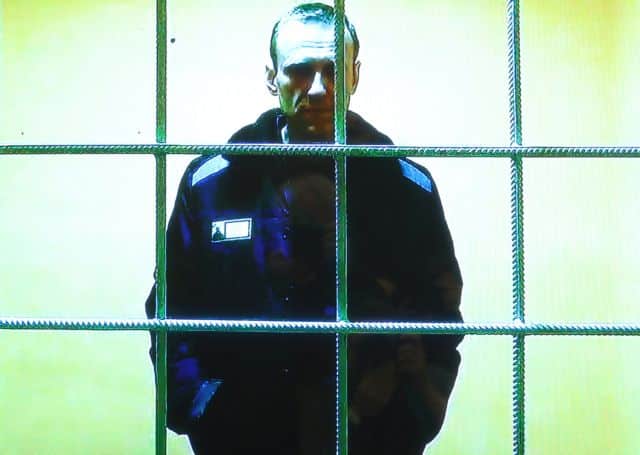 Russian opposition leader Alexei Navalny is seen on a screen via video link from the IK-2 corrective penal colony in Pokrov before a court hearing to consider an appeal against his prison sentence, in Moscow, Russia May 17, 2022. REUTERS / Evgenia Novozhenina

The appeal of Russian opposition leader Alexei Navalny, who is already in prison and sentenced again in March to nine years in prison for "fraud", has been postponed to May 24.

About an hour after the hearing began, the Moscow City Court announced that the trial was adjourned for a week at the request of Navalny, who was present by teleconference from Pokrov Prison No. 2, about 100 kilometers east. of Moscow.

Responding to questions from the judge, the opposition, who has been imprisoned since January 2021, said he wanted to know about the audio recording of the verdict in order to compare it with its written version.

He also stated that his family received permission to visit him on Friday and he does not want to miss this visit.

"I will be sent to a high security prison and this appointment is urgent," he said. "On May 24, you will be able to convict me wonderfully and I will go to a high-security prison," he joked.

Navalny is currently being held in a "normal" prison. But if the first-instance verdict is upheld in the second instance, he will have to be transferred to a high-security prison where detention conditions are stricter.

He appeared in court today via teleconference, locked in a cage and wearing a prisoner's uniform, according to images broadcast from the courtroom.

On March 22, the opposition man, accused of embezzling millions of rubles from donations to his anti-corruption organizations, was sentenced to nine years in prison for "fraud" and "insulting a judge", following a trial in a courtroom. meetings in Pokrov prison.

Alexei Navalny was arrested in January 2021 on his return from Berlin, where he had been staying for months after recovering from a neurotoxic poisoning blamed on Russian President Vladimir Putin.