Russian journalist who clashed with Putin refused asylum in France

"It is a war against a brotherly people, no reasonable person can accept it" 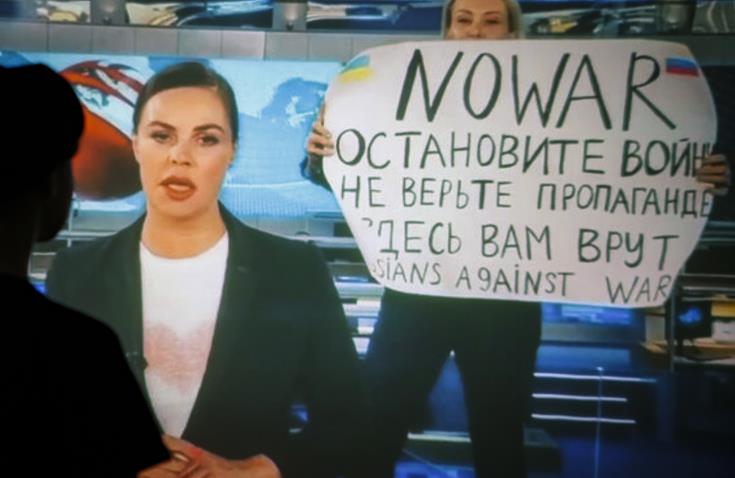 Russian journalist Marina Ovsyannikova, who cut off a Russian television news bulletin on Monday to protest the war in Ukraine, rejected a proposal by French President Emmanuel Macron to grant her asylum in France because she "does not want to leave." her country ".

"We will stay in Russia," Ovsyannikova said, referring to herself and her children in an interview with the German magazine Der Spiegel. The journalist has a 17-year-old son and an 11-year-old daughter. "I am a patriot and my son is an even older patriot. "In no case do we want to leave, we do not want to emigrate anywhere," he stressed. Macron said on Tuesday he was ready to offer "consular protection" to Ovsyannikova, either at the French embassy or by offering her asylum in France. "My life has changed forever, little by little I realize it. "I can not go back to my old life," the 43-year-old journalist commented on Spiegel.

Ovsyannikova appeared Monday night during the Kremlin-affiliated TV channel Pervy Kanal (Channel 1) behind the TV presenter, holding a placard that read "No to War. Do not believe the propaganda. "Here, they are lying to you."

After she was arrested, she was fined and released, but she risks prosecution under a new law passed in Russia that provides for up to 15 years in prison for those who spread "false news".

"It's a war against a brotherly people! "No sensible person can accept him," explained the journalist, who was born in Odessa, Ukraine to a Ukrainian father and a Russian mother.

Ovsyannikova said her intervention was "a peaceful action: it is in the interest of Russia and the whole world to end this war as soon as possible." "I also wanted to show that the Russians are against this war, something that many people in the West do not understand. "The majority of smart and educated people here are opposed to this war." "Most people who work for state television understand very well what is going on (…) They are not convinced propagandists, they often have nothing to do with it," he said.

"They are fighting an internal battle between their work and the code of ethics (…) But colleagues must feed their families, they know that in the current political climate they will not find another job," said the journalist, who said she was "happy" that Many Russian journalists on state networks have resigned in recent days to express their opposition to restrictions on information.