USA: Man called police while hanging from the hood of a car (VIDEO) 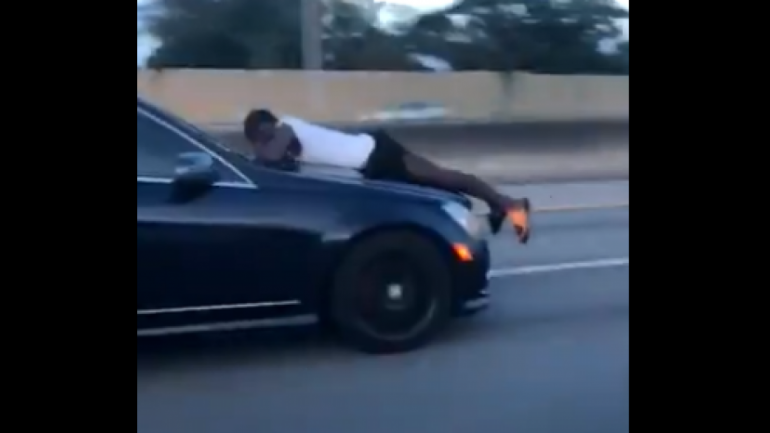 The shocking moments were videotaped by a driver in South Florida, when he saw a man literally hanging from the front of a moving car on a highway in Miami.

The unbelievable incident seems to have been recorded by the telephone service of the local service, after the man who was hanging from the front hood of the car, managed to contact the immediate action to ask for help.

The man lying on the windshield of the car called the emergency number, 911, while he was on the move and told them:

"My life is in danger. "I'm on the roof of my car, someone is driving."

As he spoke to the emergency officer, they heard him shout at the driver:

When the car stopped, police arrested the driver of the car, 24-year-old Patresha Isidore, who was taken into custody.