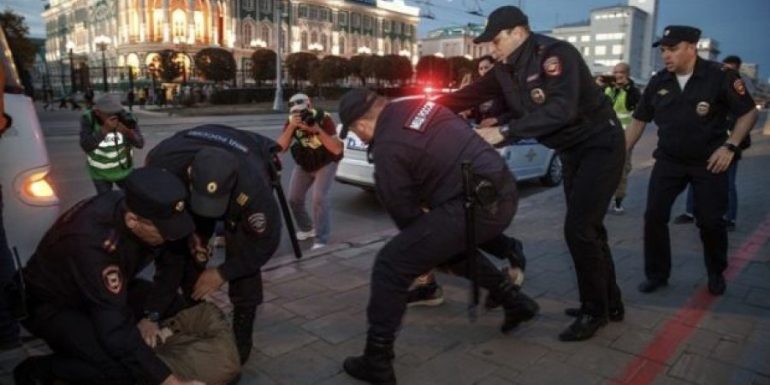 Two Russians who fled to avoid conscription in their country have sought asylum in the United States after arriving by boat in Alaska, local authorities said Thursday.

Russian President Vladimir Putin last month declared partial conscription because of the war in Ukraine. Tens of thousands of Russians have since fled abroad to avoid conscription.

The office of Sen. Lisa Murkowski, who represents Alaska, announced that two Russians have sought asylum to avoid the draft. They were located near a town in Alaska, about 64 kilometers from the Russian coast.

For his part, the governor of this US state, Mike Dunleavy, said that two people arrived from Russia by boat and are being questioned.

"We don't expect a continuous flow of people or ships. We have no indication that this will happen, so this may be an isolated incident," he said in a statement.

Sen. Dan Sullivan, who also represents Alaska, pointed out that Customs and Border Protection officials are looking into the case, which shows that "the Russian people do not want to fight in Putin's war of aggression against Ukraine."

The Department of Homeland Security confirmed that two people arrived in the US on Tuesday, noting that "the individuals were taken to Anchorage for screening."