US: "We will act without fear and hesitation in the Taiwan Strait"

US to act 'without fear, without hesitation' in Asia, including Taiwan Strait 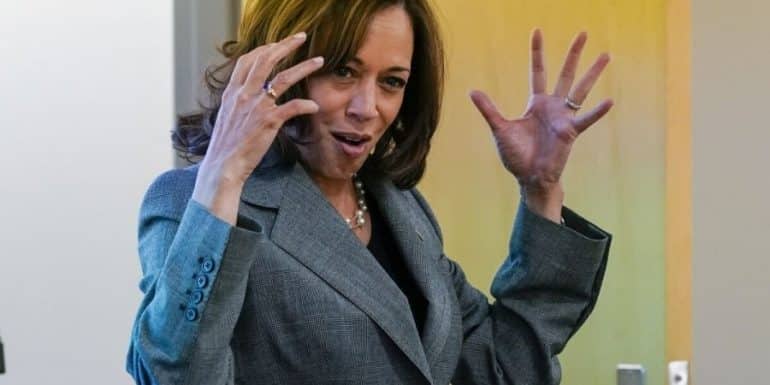 The US will act "without fear or hesitation" in Asia, including the Taiwan Strait, US Vice President Kamala Harris said today to US military personnel in Japan.

In remarks made the day after the state funeral in Japan for the country's slain former prime minister Shinzo Abe, which she attended, Harris accused Beijing of "disturbing behavior" in the East and South China Seas and "strait provocations". of Taiwan".

"The US believes that peace and stability in the Taiwan Strait is a key component of a free and open Indo-Pacific," Harris noted, referring to the term Washington uses to define the Asia-Pacific region.

"We will continue to fly, sail and operate without fear or hesitation wherever permitted by international law," he added.

Beijing claims both Taiwan and the strait that separates the island from mainland China, one of the world's busiest shipping channels.

Kamala Harris reiterated Washington's longstanding opposition to any unilateral attempt by Beijing to gain control of the island, while pledging continued US support in Taiwan's defense.

Earlier this month, President Joe Biden himself reaffirmed that commitment. In an interview, the CBS television network had asked Biden if "the Americans would defend Taiwan in the event of a Chinese invasion."

"Yes, if there was an unprecedented attack," the American president replied.

The White House emphasized for its part that the US policy of strategic ambiguity has not changed.

Washington is "not seeking conflict with China," Harris noted, but "we expect continued aggressive behavior from Beijing that is trying to unilaterally undermine the status quo."

In her speech to USS Howard servicemen at the Yokosuna Naval Base near Tokyo, the US vice president also accused Russia of "trying to annex the territory of another sovereign state", referring to referendums held by Moscow in occupied areas of Ukraine. .

Harris is expected to leave Japan for South Korea today.