She is the leader of the feminist section of the party led by her partner Gabriel Boric, with rich action: mobilizations, protests, demands for the position of women and human rights are in her daily life. 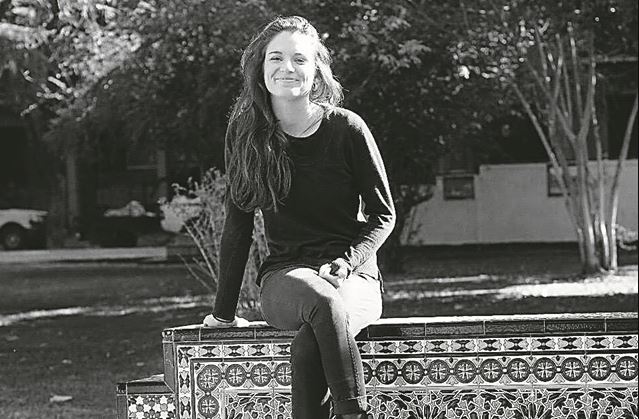 The new president of Chile is Gabriel Boric. The first left-wing president, after the Pinochet dictatorship, in a country dominated by neoliberalism, and in fact an extreme model. Boric was elected with the slogan "I approve of dignity" and the truth is that in order to keep his promise he will have to fight hard.

In Greece, the election victory of Gabriel Boric gained special interest due to his partner, Irina Karamanos. Of Greek origin, with her own course in politics, which, as she showed from her first statements, aspires to be and will claim to surpass what the title of "first lady" provides, for charities, events and lifestyle. Her studies are in Anthropology and Social Sciences.

The initial statement given to Irina Karamanos that she could renounce the role of "first lady" was one of the reasons that turned the spotlight on her and aroused the interest of both the Chilean media and the international press, which began to is looking for who is "Gabriel Boric's partner of Greek origin". And the search for journalists proved to be much more.

Politically active, at the head of the feminist section of Boric-led party, Irina is a wealthy executive. Mobilizations, protests, demands for the position of women and human rights are in her daily life. Her position is that "we must reconsider power and the relations that emerge from it."

"We do not exist as women in a democratic society in positions of power," she said in a statement (ERT3) referring to women in Chile. According to her, there is still a way for a feminist policy, but Boric's party wants to present a political proposal where every citizen is active. He made it clear that the role of the "first lady" should not be limited to charity and issues concerning women and children, but should play an active role in politics and diplomacy, without narrow boundaries.

Her social media accounts are private and not public, her personal life, to date, can be described as well protected and she is not defined by her partner.

At the age of 32, she chooses not to talk about her relationship with Gabriel Boric but about the ambitious program of the party to which the new president of Chile belongs and aims to reach constitutional changes to improve the living conditions of the people of the country. .

He referred to the reforms that Chile needed, with an emphasis on social justice, the fragmented national health system, and fair pensions, noting that many people lived on money below the baseline.

Irina speaks Spanish, English, German, as she studied in Germany, but also Greek. She learned Greek, as she said, 10 years ago, to visit Kimi, the place of origin of her grandparents, where her relatives still live. A place she says she will definitely visit again, with her love for Greece evident when talking about her family.