Spain: At least five dead in fire in a nursing home / PIC

At least five people have been killed in Spain when a fire broke out in a nursing home. 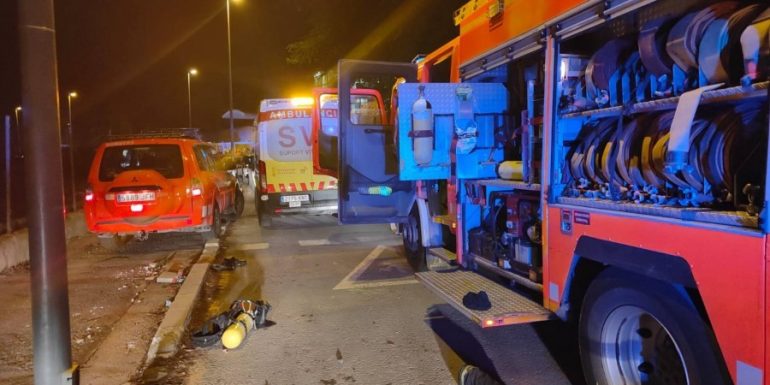 At least five people were killed in Spain when a fire broke out in a nursing home on Tuesday night, an emergency center said.

"We are counting five dead", while eleven other guests in the nursing home, poisoned due to inhalation of smoke, were taken to hospitals, clarified the emergency center in Valencia (east) via Twitter.

The fire broke out around midnight in the unit, which also offers medical care to elderly residents, in the community of Moncada, near Valencia.

Image of part of the device @BombersValencia move inside one of Moncada's grand residence pic.twitter.com/LQ20gkQG38

Update on Moncada residence. Bombers and valves are installed in and out of the area. Els efectius de @BombersValencia up to 25 people were rescued. Information segments of CICU have so far found 5 dead victims in various ferries pic.twitter.com/71HBEvqrWt

Of the XNUMX people who were poisoned, three are in "serious" condition and eight are more "light", according to the emergency center. They were treated in various hospitals in the area.

Firefighters had to rescue 25 people in the building before they were able to contain the blaze.

Her men took several elderly people down in their arms, using one of the stairs in the two-story building, according to local media, which estimated that the fire may have been caused by a short circuit in a nursing home medical equipment machine, citing the first findings. has begun to take place.