Downward trend in alcohol use during pregnancy 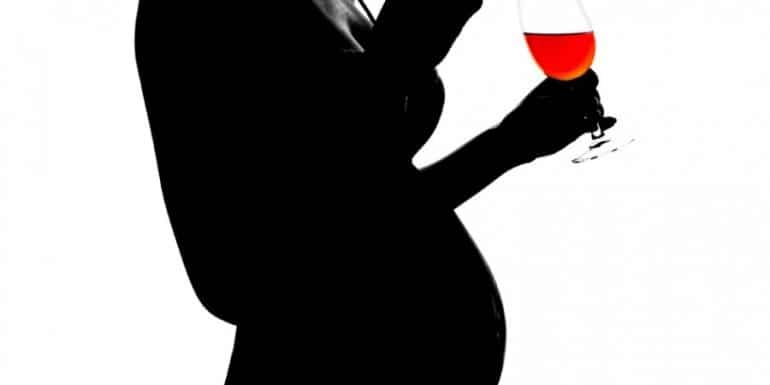 Data on alcohol use during pregnancy and breastfeeding indicate a downward trend, 0,6% in 2019 compared to 5,3% recorded in 2017, said the President of the Cyprus Addiction Treatment Authority (AAEK) Dr. Christos Minas.

On the occasion of World Fetal Alcohol Spectrum Disorder Awareness Day, AAEK in collaboration with the Family Support Advisory Center organized a press conference in the morning at the cultural center of the Municipality of Strovolos, where the results of the three-year preventive program "Educational Network of Professionals: REA" were presented. .

In his greeting, Dr. Mina said that concerted efforts since 2018 to inform pregnant women and new parents may have had a favorable effect on the low rates of women who consumed alcohol in pregnancy.

Alcohol, he noted, is a harmful substance and its moderate-heavy consumption during pregnancy is associated with negative consequences for the development of the fetus. "Alcohol can cause a range of permanent physical and neurocognitive abnormalities known as Fetal Alcohol Spectrum Disorder (FASD), including specific diagnoses of Fetal Alcohol Syndrome (FAS), partial ASD, and alcohol-exposed neurodevelopmental disorder," he added.

In Cyprus, he continued, the monitoring of alcohol consumption during pregnancy has been monitored by the Health Monitoring Unit of the Ministry of Health since 2017.

The aim of the Authority, pointed out Dr. Mina, is the valid and timely information of young women and young couples about Fetal Alcohol Syndrome (FAS) and Fetal Alcohol Spectrum Disorder (FASD) and the strengthening of relevant knowledge among health professionals.

Within the framework, he said, many new actions and trainings have been implemented in the last three years through the "Educational Network for the Harmful Use of Alcohol: REA" program implemented by the Family Support Counseling Center with funding from AAEK.

In her greeting, Skevi Koukoumas, President of the SYKESO Board of Directors, said that "it is particularly important for us that through the program we contributed to the strengthening of the knowledge of the general population and new parents regarding the dangers of alcohol during pregnancy , breastfeeding and infancy and at the same time we organized trainings for frontline professionals who come into contact with cases related to Fetal Alcohol Disorder and Syndrome."

We believe, he continued, that through the REA program, a very good start was made to inform the population about fetal alcoholism, a subject which is not particularly well known in society.

As SYKESO, Ms. Koukuma noted, we will continue to contribute to actions to prevent and deal with alcoholism, but also to help in a way that the state can further support addiction prevention actions as well as treatment structures.

The coordinator of the REA program, Eleni Evagorou, said that the goals of the program were to inform about the harmful use of alcohol, to increase the knowledge of the general population and young women or new parents about the dangers of alcohol during pregnancy, breastfeeding and infancy.

Theopisti Christou, provided information from the Record of Births. Specifically, it reported that of the 694 mothers who consumed alcohol in the period 2017-2020, approximately 17% smoked, 67% were Cypriots and 33% foreigners, 75% were between 20-34 years old and 72% had a higher education.

At the conference, it was emphasized that expectant mothers are better off completely abstaining from alcohol or other substances before conception and during pregnancy and breastfeeding, to avoid all possible risks and ensure the best conditions for their child. If a woman is having difficulty avoiding alcohol or other substances, she can discuss it with the health professional attending her and be informed about the options, or contact the support and information hotline 1402 for guidance.

As part of the awareness day, the Addiction Treatment Authority and the National Committee for the Treatment of Fetal Alcohol Syndrome and the Fetal Alcohol Spectrum Disorder in collaboration with the Family Support Counseling Center are promoting an information campaign to the public through television spots for the adoption of healthy lifestyle during pregnancy and breastfeeding by mothers and fathers, as well as posters that will be sent to hospitals and other related services that serve the woman and the child.