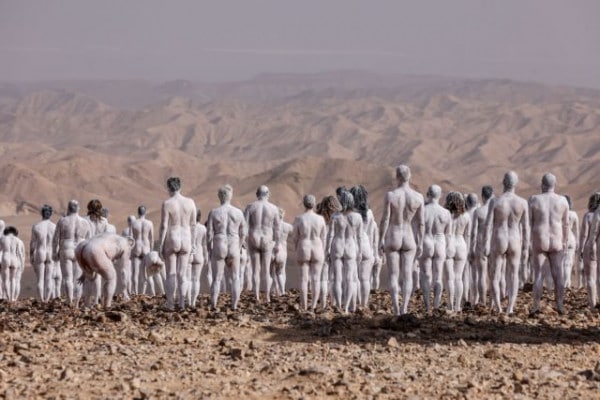 Nearly 200 people posed naked, with their bodies painted white, for American photographer Spencer Tunic, against the backdrop of the Dead Sea, which is threatened by drought.

This was the third such photograph on the shores of the Dead Sea for the 54-year-old artist invited by the Israeli Ministry of Tourism and the municipality of Arad.

On a truck, Tunic, known for photographing crowds of naked people, was giving his instructions over a loudspeaker. As he explained, he painted the bodies of his models white, referring to the biblical story of Lot's wife, who was transformed into a pillar of salt in this area. 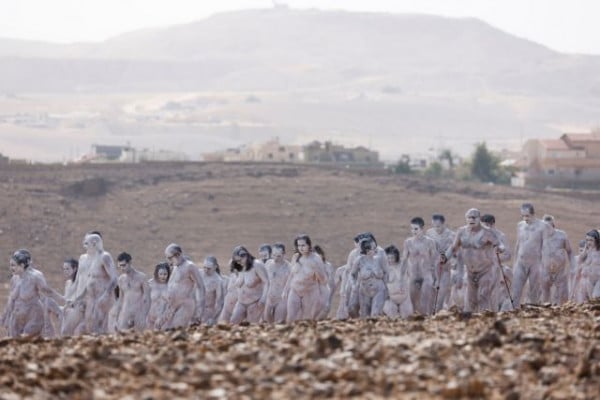 Arad Mayor Nishan Ben Hamo expressed hope that the photo shoot would raise funds for a new museum on the Dead Sea.

The area of ​​this lake has decreased by one third since 1960 and continues to decrease by about one meter per year. At this rate, this natural wonder, between Israel, Jordan and the Palestinian Territories, could dry up completely by 2050, according to experts.

Drainage began in the 1960s, when the economic exploitation of the waters of the Jordan, the main source of supply for the Dead Sea, began.