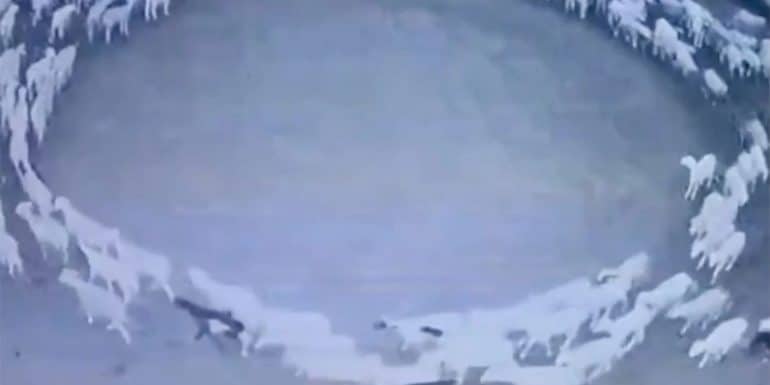 The mystery of hundreds of sheep walking in circles for several days in China has been solved.

A video of a group of sheep on a farm in China circling for 14 days went viral last week. The farm's owner had said he could not understand why this behavior had developed with scientists since the original video released by state-run Chinese channel People's Daily said the sheep were healthy.

According to scientists, the explanation of the sheep's behavior has completely natural causes and is certainly not related to the disease listeriosis, which can cause disorientation in animals and make them go in circles, as animals infected with it die within 48 hours.

"It appears that these sheep have been in this particular pen for a long period of time and this may have led them to adopt a stereotyped behavior with the repeated cycle due to the stress that their long confinement has created for them," the professor in the Department of Agriculture told Newsweek at the University of Gloucester, Matt Bell.

"After some sheep started, then others joined as they are animals that live in herds and want to be with their 'friends'," added the British professor.

As stated in the Merck Veterinary Manual, the social behavior of sheep is dominated by the herd pattern in which animal movements are controlled and units are protected from hunters by moving away from danger as groups.