The deadly flaw of the Russian tanks is analyzed by the Washington Post, emphasizing that just one blow is enough to find a tragic death of all the soldiers inside 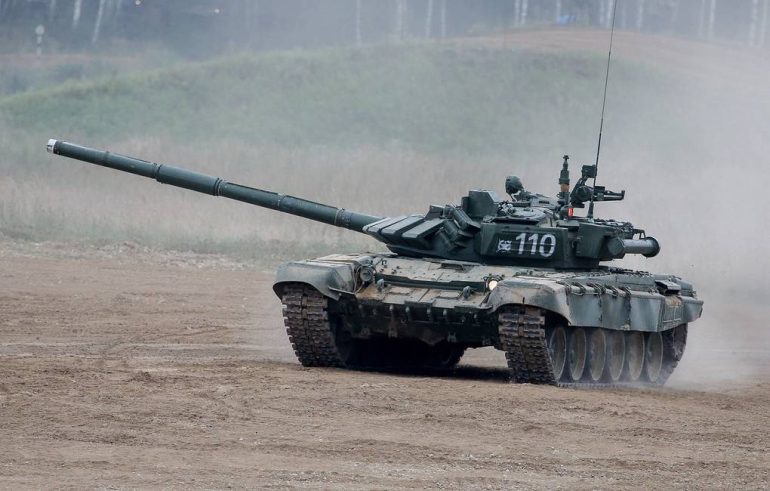 The Washington Post analyzes the deadly defect of the Russian tanks, emphasizing that just one blow is enough to find tragic death of all the soldiers inside.

According to the American media, the error in the Russian T-72 tanks is related to the way the tanks hold and load the ammunition.

In these Soviet-designed chariots, the missiles are all placed in a ring inside the tower.

When an enemy shot hits the right spot, the ammunition ring can quickly "bake" and trigger a chain reaction, blowing up the tower.

Other tanks on the modern battlefield store their ammunition generally away from the crew, behind armored walls.

However, the ammunition of the Russian T-72 tank is located just below the main tower and the crew members.

"For a Russian crew, if the ammunition depot is hit, everyone is dead," said Robert E. Hamilton, a professor at the US Army War College, adding that the force of the blast could "instantly evaporate" the crew.

"All these balls - about 40 depending on whether they carry a full load or not - will all be fired and so everyone will be dead."

Russia has lost at least 530 tanks to Ukraine

British Defense Secretary Ben Wallace estimated this week that Russia had lost at least 530 tanks - damaged or captured - since invading Ukraine in February.

"What we are seeing now is that the Ukrainians are taking advantage of the tank defect," said Samuel Bendett, a consultant at the Center for Naval Analysis.

Of course, it should be noted that Ukraine has similar tanks, which face the same problem.

The flaw speaks to a wider gap in approaches to the construction of Western and Russian chariots, analysts say.

"US tanks give priority to crew safety in a way that Russian tanks do not," Hamilton said.

The difference with western tanks

Ammunition in most western chariots can be stored under the turret floor, protected by the heavy hull - or at the rear of the turret, said a US Army War College professor.

Even the first versions of the American M1 Abrams tanks in the 1980s were equipped with hard armored doors that separated the crew inside from the stored ammunition. These chariots have a crew of four. They were designed to be stronger than the upper armor, so that if the ammunition was fired, the explosion could be directed upwards through the explosion panels, instead of entering the crew compartment, Hamilton said.

On the other hand, Russian tanks are based on mechanical automatic loaders, which allow them to be manned by a group of three people.

"Russian chariots tend to be lighter and simpler and have thinner, less advanced armor than Western chariots."

Newer Russian models have emerged since the T-72, which was built in the 1970s by the Soviet Union.

There are also more sophisticated Russian chariots, but…

One of them, the T-14 Armata, has been described as an advanced weapon on the battlefield that changes data. However, they mostly appear in parades.

The newer variants of the T-72 do provide the basis for greater chariot protection, Bendett said, but the prevailing principle was the same: a lower-profile, three-member crew with round missiles inside the tower.

For the U.S. military, Hamilton said, "If the chariot is destroyed and the crew survives, you can build another chariot faster than you can train another crew."

However, according to the Washington Post about Russia, "people are as expendable as the machine," he said, adding that "the Russians have known this for 31 years, they just chose not to deal with it."