How close are we to turning the conflict in Ukraine into "World War III"?

What are the dangerous signs 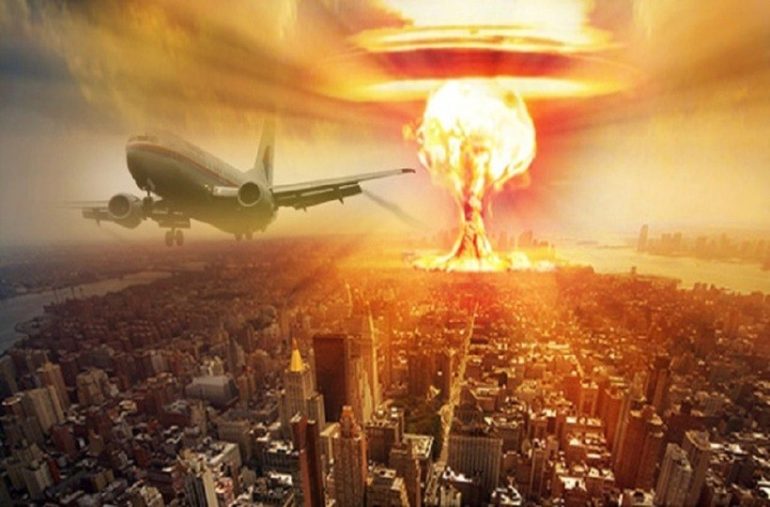 Russia's invasion of Ukraine continues for 20 days, with the tragic toll of thousands dead, millions of refugees and dozens of leveled cities. After 20 days of fierce hostilities, the diplomatic channels have reached a dead end, while Vladimir Putin shows that he is not going to stop anywhere until he gets what he wants.

At the same time, no one can guarantee that Putin will not even use chemical weapons to achieve the desired result, as long as the courageous resistance of the Ukrainians continues.

At the same time, many analysts say that the Russian president is not going to stop in Ukraine and will attack other countries, even NATO allies.

The question on the lips of the whole planet is whether it is time to think of naming Russia's invasion of Ukraine by a frightening, prohibitive name: until World War III.

Is it time to start talking about World War III?

Since the end of World War II, fortunately, there has not been a large-scale conflict that could be called "World War III". Such a war would be accompanied by nuclear attacks, would kill millions of people, the pollution of the planet would be so great that it would give new meaning to the term "climate change", while it would change life on Earth forever, as we know it.

With more than a dozen non-combatant countries reading the "fine print" of their allied agreements and sending weapons to Kyiv, fighting on the other side of the Eastern European plain is taking on many of the qualities of a global conflict.

It is indicative that, according to the website theglobeandmail.com, at the moment, more countries are involved in one way or another in the fight against the Russian invasion of Ukraine, than those who were involved in the conflict we call World War II.

The term World War II was first used by Time magazine in 1939, 11 days after Nazi Germany invaded Poland and before the Soviet Union joined the partition of this proud country, the report said.

Today we are at a fragile point: Any wrong move or any planned escalation by Putin to disorient him from military and internal failure could lead to a wider conflict across Europe. That would probably mean the start of World War III, says David Shribman.

If we compare the timing of the current war with that of 1939, we will see that Great Britain and France were already at war with Hitler's Germany at this point - they entered the war on the third day of the battles in Poland.

Australia and New Zealand did the same, with Newfoundland joining the next day in a much-forgotten but not insignificant contribution. And of course Japan and China have been at war for more than two years.

At the time, several countries were in a hurry to declare neutrality. Italy did it. Also Spain. The United States, of course. Many others, including, fatally, the Netherlands and Belgium. Canada, which had formally established foreign policy independence from Britain in 1931, joined the war on the 10th day of fighting.

Scholars and commentators have from time to time declared "World War III" since the weapons were silenced in 1945.

For example, the Cold War, which pitted NATO (which had 15 countries in 1955) against the Warsaw Pact (with eight) - and involved proxy wars in Korea, Vietnam, the Congo, Laos, Nicaragua, Angola and Ogaden - could qualify.

It failed to "launch" on several occasions in Berlin, including in 1948 (when the Allies responded to the Soviet blockade of the Berlin flyover) and in 1961 (when the Berlin Wall was built).

Indeed, MJ Akbar, a pioneering Indian journalist and former Indian Foreign Minister, argued that World War I created the conditions for its continuation in 1939 and that "World War II led directly to World War III, which led to the outbreak of World War III. , after the division of Europe in Yalta ".

The term "world war" is often used in perspective. Time magazine used it this way less than three months before the German invasion of Poland in 1939. The Manchester Guardian was worried about a Second World War just three months after the end of the first - and of course no one called the crisis of 1914-1918 "World War I", because no one knew then that it would become Second.

It was called the Great War - first invented by Canada's national magazine, Maclean's - although an even bigger one emerged two decades later.

How close are we to World War III?

Will the conflicts in Ukraine be renamed "World War III"? This, according to the report, depends on how things turn out in a conflict that, for many North Americans, remains what former British Prime Minister Neville Chamberlain, in his unfortunate and very sad description, described as "a controversy in a distant country among people about whom we know nothing. "

But we are learning more and more about this distant country, and the war there is increasingly occupying the attention and weapons of the world…