New Chinese high schools in the sea around Taiwan 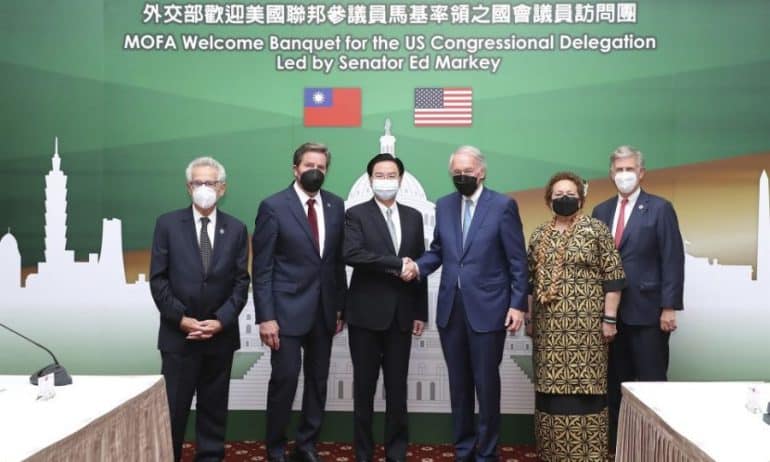 On Monday, a delegation of US senators arrived in Taiwan led by Massachusetts Senator Ed Markey. The delegation of lawmakers met with the country's president, Tsai Ing-wen, and foreign ministry leadership, according to a statement yesterday from the American Institute in Taiwan - the de facto US embassy in the island nation. After the meeting, President Tsai said her government is working closely with allied nations to ensure stability and free navigation in the Taiwan Strait.

In response to the visit of a delegation of American officials to Taipei.

For his part, Senator Markey said that Washington and Taipei "have a moral obligation to do everything possible to prevent unnecessary conflict", adding that Taiwan has shown admirable restraint. The senator also introduced legislative proposals aimed at strengthening political and economic ties with Taiwan, ensuring the smooth operation of the strategically critical semiconductor sector.

Ed Markey is one of the few sitting members of Congress, who in 1979 passed a law guaranteeing the maintenance of friendly relations between Washington and Taipei, despite the diplomatic recognition of Beijing by the US. Until then, the US maintained only diplomatic relations with Taiwan.