New message from Zelenski: "Fake news that we are laying down our arms" (VIDEO)

"There is a lot of false information on the internet that I am calling on our army to lay down its arms and that there is an evacuation." 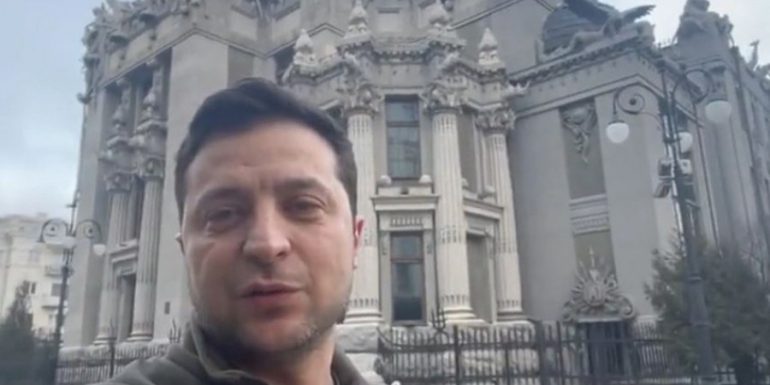 A new video from the streets of Kiev was "uploaded" early Saturday morning by Volodymyr Zelensky, clarifying that the Ukrainian army is still fighting and does not intend to surrender its weapons.

"There is a lot of false information on the internet that I am calling on our army to lay down its arms and that there is an evacuation," he said.

He added: "I am here. We will not lay down our arms. We will defend our state. "

I'm not going to fake. pic.twitter.com/wiLqmCuz1p

On Friday night, the Ukrainian president, in a message, called on the citizens to be careful, in the "most difficult night of the Russian invasion".

"We must persevere tonight. The fate of Ukraine is being decided at the moment. Every citizen should be as careful as possible, please help each other, especially the elderly, who are facing great difficulties at the moment. In case of danger, go to the shelter. "Anyone who has already joined the country's defense or can help the defense - stop the enemy where you can."