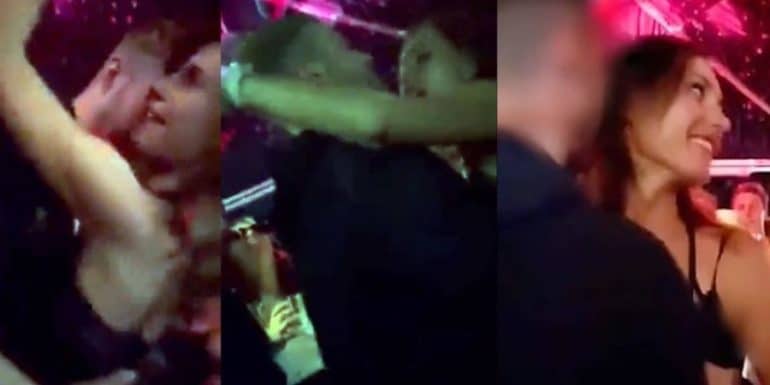 Within 24 hours of the publication of videos of Finnish Prime Minister Sanna Marin at wild parties, a new video of her dancing with a man in a nightclub has surfaced.

The video, circulating on social media, shows the 36-year-old Finnish politician at Klubi nightclub around 4am on August 7 with her arms around the waist of a man who – according to Finnish media – is the singer and songwriter Olavi Uusivirta.

In fact, as seen in the video, the singer brings his face very close to Sana Marin's neck and has his hand behind her back.

It is recalled that yesterday the Finnish prime minister denied that she used drugs at a party she attended. Sana Marin made this denial since in the videos that have been released someone can be heard saying the word "flour" which in Finnish slang means "cocaine". At the same time he claimed that he had no idea who shouted that word.

People present at the party told Seiska that the Finnish prime minister danced in the same way as other men, and was reportedly joined by Finnish singer-songwriter Alma and TikTok influencer Sabina Sarkka.

"Sanna danced intimately with at least three different men," said one of the onlookers, adding that "she found herself in the arms of two different men. She placed her hand next to a man and he gently held her arm."

At the same time, another said that "my friends and I were wondering if she is really married. The ring could still be seen there.' According to Seiska the Finnish prime minister stayed at the club until 04:30 in the morning and then left for her home to rest. In fact, on Monday morning she gave press interviews with her voice hoarse. It is noted that this particular party took place immediately after her return from the summer holidays.

Seiska writes that Marin, who is married and has been in that relationship for 18 years, was seen in many questionable situations.

It is recalled that Sanna Marin became one of the world's youngest leaders and Finland's youngest ever when she assumed the role of prime minister at the age of 34 in 2019.

The all-female leaders come from Scandinavian and Baltic countries that are staring down Russia's warmongering President Vladimir Putin at a time of heightened international tension.

Marin and her Estonian counterpart Kaja Kallas have called for an EU-wide visa ban on Russian citizens as part of the last resort in the economic war being waged against Putin.

Finland is already planning to reduce the number of visas it grants to Russians, with the land border between the two countries one of the few points of entry into Europe for Russians after a number of Western countries closed their airspace to Russian planes.