And he has no regrets 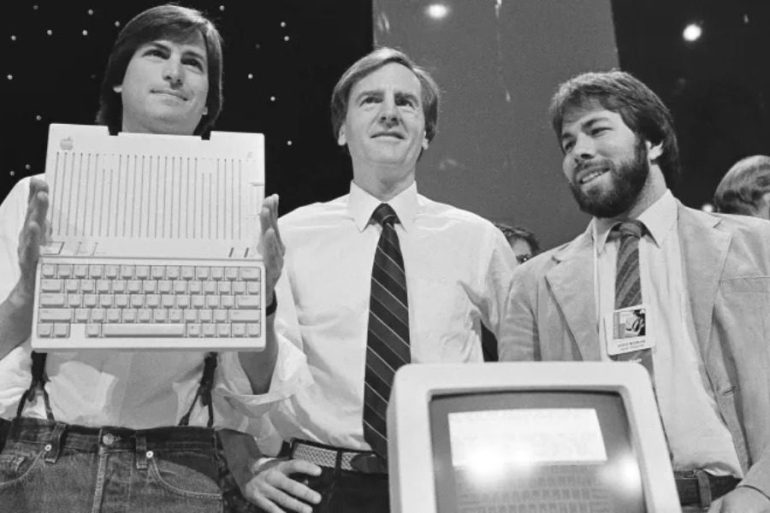 A few hours ago, Apple became the first company in the world to reach a value of $ 3 trillion. An amount not only huge but also impossible for many to catch. Apple has managed to make a unique marketing of its products and in less than half a century to reach where it is today.

Can you imagine having 10% of its shares today? That would mean they would be worth $ 300 billion. You say it is unreal. But one man probably still beats his head. Because at some point he had 10% and exchanged it for very little money. He is the 87-year-old today and a relatively unknown third co-founder of the company. Ronald Wayne.

In 1976 Steve Jobs was 21 years old and his namesake Wozniak 25. Ronald Wayne then became a member of the company so that at the age of 42 he could supervise the movements of the "little ones" but also deal with engineering. In return he got 10% of the then company.

In April of that year he sat down at his typewriter and wrote down everyone's responsibilities. He also designed the first Apple logo, which was used for about a year, before being replaced by the well-known logo today.

However, he feared that all the debts that might arise would be borne by him personally. Jobs had already borrowed $ 15 to buy supplies to fulfill Apple's first contract with The Byte Shop, a San Francisco-based store that had ordered 100 computers. But the Byte Shop was known for its feuds and delays, and Wayne feared that Apple would not withdraw the loan money.

Jobs and Wozniak were young and homeless, and he owned property, most notably a house, and feared losing it if the deal went awry. 12 days after their initial deal, Wayne took his name off the list and received $ 800 in exchange for his stake. Great traffic…

He could become one of the richest people in the world. But he did not take the risk when he had to. In fact, he has stated that he has not regretted this decision as he stated to Business Insider. "I would end up in the archive section shuffling papers for the next 20 years."

He felt he did not fit, that he was "in the shadow of spiritual giants," he told Cult of Mac. "I was 40 and I was in my 20s and something. They were tornadoes, it was as if I had caught a tiger by the tail. "If I had stayed I would have been the richest man in the cemetery."

Of course he regretted something. He had retained his original contract with Apple in 1976. And in the 90s, he sold it for $ 500. "I had this contract with Apple and it was sitting in the dust and I thought 'Why am I holding it?'" According to The Filthy Rich Guide, in 2011 this contract would cost $ 1,59 million. That's why Wayne will go down in history as the man who traded millions or billions for $ 1.300.