Javier Marias, the great Spanish novelist, has died at the age of 70

With his latest novel, Tomas Nevinson, he won the Gregor Von Rezzori prize in June 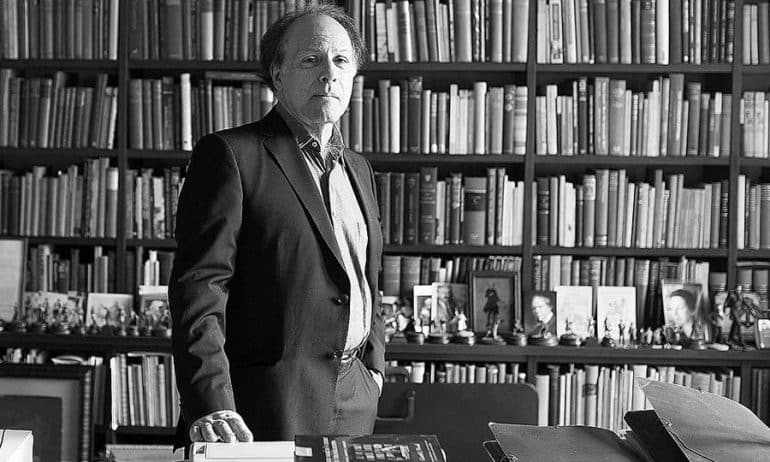 Javier Marias, the great Spanish novelist who died on Sunday aged 70 of pneumonia, said he never knew what would happen in his books and would discover it while writing.

Marias was repeatedly considered the favorite to win the Nobel Prize in literature. Translator, journalist and author of, among others, All Souls, Tomorrow in the Battle Think on Me and Berta Isla, Marias said he wrote without a map but with a compass: “It's not that I don't know where I'm going, I just don't know which way to go I start without knowing much about what I'm going to say, I don't change anything from my novels, just as we can't change anything in our past," he had said.

Areas of darkness and shadow, things left unsaid, the inability to know ourselves and those closest to us, were at the heart of his writing. Universal themes such as marriage, betrayal, love and secrets were always given a new, sometimes disturbing, light.

Son of philosopher Julián María and teacher Dolores Franco, granddaughter of director Jesus Franco, Javier Marías was born on September 20, 1951 in Madrid. His intellectual family had opposed the dictator Franco.

He translated from English into Spanish major authors, from Thomas Hardy to Joseph Conrad, and from Yeats to Stevenson.

From his debut in 1971 with Los Dominios del Lobo it was clear that he liked to experiment, breaking away from the Spanish literary tradition. The book was followed by Voyage Along the Horizon and in 1978 by El Monarca del Tiempo.

His novels include A Heart So White, The Infatuations, The Bad Begins. Great international recognition has come with All Souls starring a Spanish professor at Oxford, with the Shakespearean Tomorrow in the Battle Think on Me in which a ghostwriter visits a married woman he is having an affair with and she suddenly dies in his arms, and Your Face Tomorrow.

With his latest novel, Tomas Nevinson, he won the Gregor Von Rezzori prize in June.

He received many awards including Rómulo Gallegos, Prix Femina Etranger and many awards in Italy such as Premio Internazionale Bottari Lattes Grinzane and Nonino.