Erdogan says he will discuss the Zaporizhia issue with Putin 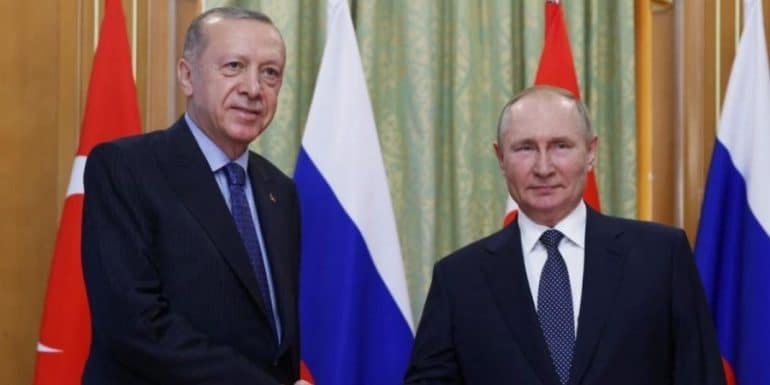 Turkish President Recep Tayyip Erdogan said he would discuss the issue of Ukraine's Zaporizhia nuclear power plant with his Russian counterpart, following talks he had with Ukrainian President Volodymyr Zelensky.

Zelensky said Russia should remove all mines from the region, Tayyip Erdogan told reporters on his flight back from Lviv yesterday.

"We will discuss the matter with (Vladimir) Putin and I will specifically ask him that Russia do what it needs, as an important step for world peace," the Turkish president said.

Turkey has "no ambitions" against Syrian territory, said Tayyip Erdogan, who has been threatening since May a new attack on northern Syria and Kurdish organizations.

"We have no ambitions on Syrian soil (…) The (Damascus) regime must know this," he told reporters on the flight, according to Turkish media.

The president of Turkey added that he can never rule out dialogue and diplomacy in Syria. In response to a journalist's question, he said that diplomacy between states can never be completely ruled out, adopting a relatively softer tone than his previous statements on the matter. "There is a need to take further steps with Syria," he said.

Erdogan has threatened again this year with a new military operation in northern Syria. Since 2016, Turkey has helped its Syrian allies seize large swaths of northern Syria and penetrated a 30-kilometer zone from the Turkish-Syrian border, targeting the Kurdish People's Protection Units, which it considers a terrorist organization.