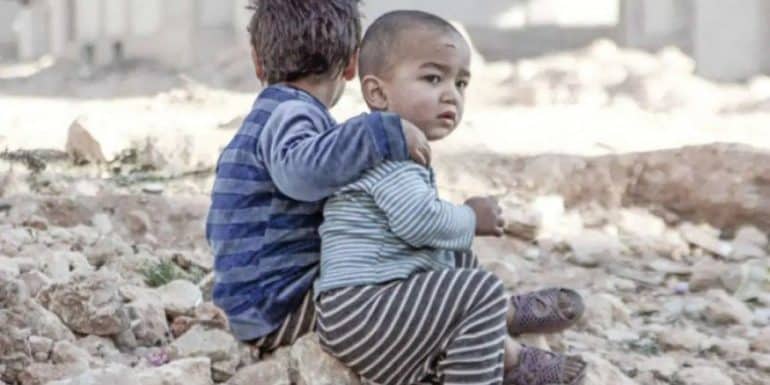 The war in Ukraine and the resulting rise in living costs have plunged millions more children into poverty in eastern Europe and central Asia in recent months, warns a study by the United Nations Children's Fund (UNICEF) released today.

In these areas, "the war in Ukraine and rising inflation plunged an additional four million children into poverty, in other words a 19% increase compared to 2021," the study said, underlining that children are paying the heaviest price. of the economic crisis triggered by the ongoing armed conflict.

While children represent 25% of the population, they account for almost 40% of the additional 10,6 million people who fell into poverty this year, the study, which covers 22 countries, analysed.

Notably, Russia, with an additional 2,8 million children sliding into poverty, accounts for nearly three-quarters of the increase measured by UNICEF. Two factors explain this: Russia has a large population, and the Fund estimates that the country's GDP will decline by 8%, the second highest rate among the countries included in its analysis.

"The consequences of the conflict in Ukraine are extremely large in Russia, as the war implies a worsening of access to certain basic items, to fuel and also to the reduction of purchasing power due to inflation," Adeline Azan, the president of the of UNICEF France.

For its part, Ukraine counts half a million more children who fell into poverty, it is in second place, followed by Romania (+110.000 more children), during the study.

"UNICEF is sounding the alarm about the consequences of this war and calls on governments to offer extremely strong support to social protection and to implement in-kind assistance programs for families with the most vulnerable children," Ms. Azan emphasizes.

As the consequences of child poverty go beyond the context of families' economic difficulties: the deeper a family sinks into poverty, the higher the share of its income that it spends on basic necessities such as food and fuel.

And as the cost of basic goods has skyrocketed, the money available for other needs, such as health or education, has dwindled. This means that the poorest children are less likely to gain access to absolutely necessary services and are more exposed to risks such as violence, exploitation and abuse, explains the United Nations Fund.

A rise in child poverty in eastern Europe and central Asia could lead to the death of an extra 4.500 children before they turn one, and cause gaps in the education of an extra 117.000 children in 2022 alone, UNICEF warns.