The Eiffel Tower rose 6m and was broadcast live (VIDEO) 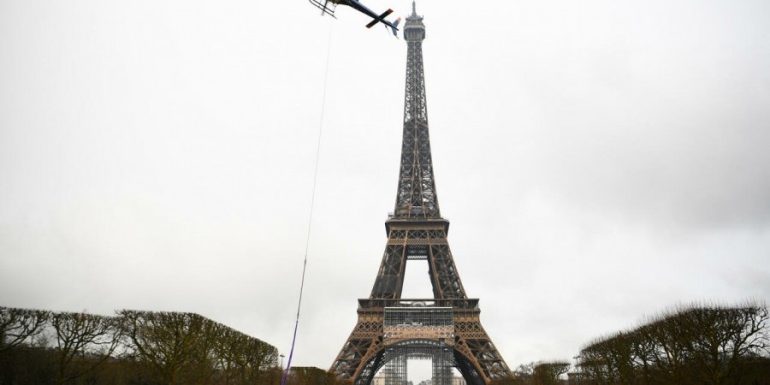 A new digital telecommunication antenna is the reason why the Eiffel Tower has risen by six meters.

The Tower, built by Gustavo Eiffel at the end of the 19th century, is now 330 meters high, after the air transport by helicopter of the DAB + antenna (digital audio).

During its construction, the Eiffel Tower surpassed the Washington Monument and became the tallest building in the world, a title it held for four decades. In 1929, it was overtaken by the Chrysler Building in Manhattan.

The Tower, which dominates Paris, is one of the most popular attractions in the world. At the same time, however, it has been used for rebroadcasting for more than 100 years and the height of its top has changed several times, after the replacement of old antennas.

The operation was broadcast live on French television.

The helicopter transported the antenna and lowered it to its base, at the top of the Tower, where a team of specialists secured it in place, in less than ten minutes.