The Financial Times' annual list of the world's most powerful women 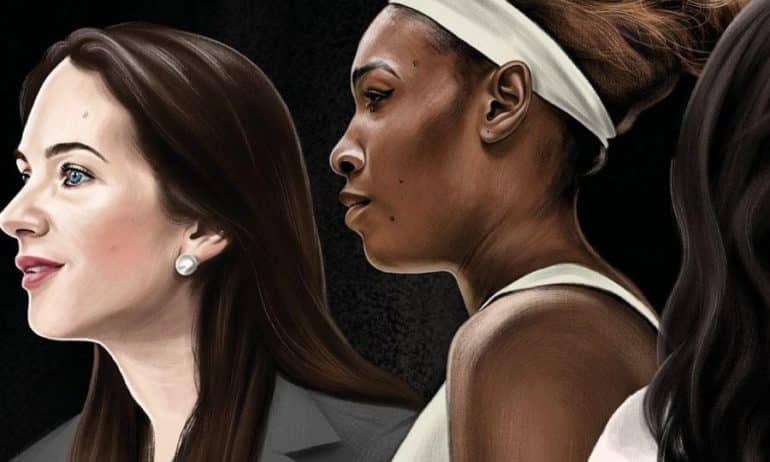 Influence clearly takes many forms. But the result is always the same: influencers have the power to influence – each in their own field. As every year, this year the Financial Times on the first day of December released the issue "Women of the Year" and revealed the 25 most influential women in the world for 2022. Journalists from all over the world, readers had a decisive role in the final ranking and women who had already been "elected" as the most powerful, in previous years. Then see the 25 most influential personalities of 2022.

Oleksandra Matviichuk: The Ukrainian-born human rights lawyer as a leader of civil society and based in Kyiv, during the year managed to stand out with her action. She herself is the head of the non-profit organization Center for Civil Liberties and is an active campaigner for democratic reforms in her country and in the OSCE region.

Ketanji Brown Jackson: Ketanji Brown Jackson is the first black Chief Justice in US history, and that in itself says a lot. He was born in September 1970 in Washington, D.C., and grew up in Miami, Florida. In 1988, he graduated from Miami Palmetto High School and then studied Government Studies and Public Administration at Harvard, receiving a BA in 1992 with distinction. He studied law at Harvard Law School and received a degree (JD) in 1996 with distinction.

Francesca Bellettini: He has received the Order of the Legion of Honor and has been described by many as a symbol of Paris. However, she herself comes from Italy and her French is minimal. It is even said that in the speeches he delivers, the words are written as they are pronounced. But this fact does not negate the fact that the CEO of Yves Saint Laurent is particularly special and has a brilliant career.

Jane Fraser: The woman who managed to take over the male-dominated stronghold of Wall Street by taking over the reins of Citi is certainly one of the biggest personalities of recent years.

Karen S. Lynch: The American entrepreneur, president and CEO of CVS Health impresses with her course. Lynch serves on the boards of AHIP, CVS Health and US Bancorp, and in 2015, she became the first female president of Aetna. He held management positions at Magellan Health Services and Cigna.

Sanna Marin: Sanna Marin is probably a woman who needs no introduction. Let us remember, however, that she is a Finnish politician and the country's prime minister since December 10, 2019. She is the leader of the social democratic party, a member of the Parliament of Finland since 2015 and the Minister of Transport and Telecommunications from June 6, 2019 to December 10, 2019.

Sherry Rehman: Sherry Rehman is a Pakistani politician, journalist and former diplomat. She was a member of the Senate of Pakistan from 2015 to 2021. She was the first female Leader of the Opposition in the Senate from March to August 2018, and also served as Pakistan's Ambassador to the United States from 2011 to 2013.

Serena Williams: Serena Williams is also a woman who needs no introduction. The famous tennis player has won 23 Grand Slam titles in singles and 14 in doubles. In 1999 she won her first major in New York. He has won the gold medal at the 2012 London Olympics in the singles tournament.. and more. In the past, he announced that he is going to retire from active activity.

Amanda Blanc: The Welsh businesswoman has been working as Aviva's chief executive since July 2020. Aviva has 18,5 million customers in the UK, Ireland and Canada, 401 billion in revenue and employs around 22.000 people. Amanda clearly had a decisive role in the company's success.

Jamie Fiore Higgins: He was one of Goldman Sachs' senior bankers before stepping down in 2016 after 17 years. In her book BULLY MARKET published this year she spoke about her experience, describing the bank as a "racist, sexist and bigoted environment", a place where traders joked about charting the body measurements of female analysts.

Rebecca Gomperts: Rebecca Gomperts is a Dutch doctor, a well-known activist for women's rights, and she is particularly involved in the right to abortion. She is the founder of Women on Waves and Women on Web, which provide reproductive health services for women in countries where they are not provided.

Rina Gonoi: In a country where many women are sexually harassed and none dare speak up, Rina Gonoi made a different choice. With courage and stoic determination, the 23-year-old ex-soldier launched a public campaign this summer, demanding the truth and an official apology from Japan's military after she was sexually assaulted by drunken male officers during training last year. After facing months of stoning, evasion and anonymous threats, the Ground Self-Defense Force acknowledged in September that Rina's claims were accurate and four male officers apologized to her in person.

Women of Iran: In September, a 22-year-old woman from Iran's northwestern Kurdish region arrived in Tehran with her family. She was grabbed from the street by the "morality police" for allegedly not wearing the hijab properly. The sequel is known. The next time her parents saw her, she was in a coma. Her death on September 16 led to nationwide protests. Mahsa Amini was the spark that lit the fire in Iran and her name will live on through the movement she inspired. Girls, young women and men, have fought back and are now protesting the basic human rights that Iranian women have been denied for too long: dignity, personal bodily autonomy, freedom to live safely in their own country. Amini's arrest and death symbolized the government's intrusion and invasion of a woman's personal space. Demanding freedom, protesters and journalists were arrested, placed in solitary confinement and interrogated. The authorities opened fire on the streets, killing countless numbers. Human rights organizations report beatings and torture. Mock trials and executions are threatened.

Paula Kahumbu: Paula Kahumbu is a wildlife ranger and CEO of WildlifeDirect. She is best known as an elephant and wildlife activist, spearheading the Hands Off Our Elephants campaign, which was launched in 2014 with Kenyan First Lady Margaret Kenyatta.

MacKenzie Scott: Author, philanthropist, ex-wife of Amazon founder Jeff Bezos. These were the qualities by which we had hitherto known MacKenzie Scott. These of course are not MacKenzie's only qualities.

Sarina Wiegman: Sarina Petronella Wiegman, also known as Sarina Wiegman-Glotzbach, is a Dutch soccer coach and former player. From September 2021 she is the coach of the England women's national team.

Domee Shi: The Chinese-born Canadian animator, director and screenwriter has been working for Pixar since 2011. During her career she has contributed to blockbusters such as Inside Out, Incredibles 2 and Toy Story 4. She directed the short film Bao and the film Turning Red, becoming the first woman to direct a short film and then the first woman to play the role in a feature film for Pixar.

Meghan Markle: The Duchess of Sussex began her acting career at Northwestern University, with her latest role being that of Rachel Zane in the American TV legal drama Suits. Meghan decided to stop acting after marrying Prince Harry in 2018 and became known as the Duchess of Sussex. Her story from then on, known.

Anne Imhof: Anne is a German visual artist, choreographer and performance artist who lives and works between Frankfurt and Paris. She is best known for endurance art, although she cites painting as central to her career.

Annie Ernaux: Annie Thérèse Blanche Ernaux is a French author, literature professor and Nobel laureate. Her literary work, mainly autobiographical, maintains close ties with sociology. Ernaux was awarded the 2022 Nobel Prize in Literature "for the courage and clinical acuity with which she reveals the roots, alienations and collective limitations of personal memory."

Tsitsi Dangarembga: Tsitsi is a Zimbabwean playwright and filmmaker, her best-known novel being Nervous Conditions (1988), which was the first published in English by a black Zimbabwean woman and was named by the BBC in 2018 as one of the top 100 books that have shaped the world. She has also won other literary awards.

Michelle Yeoh: Michelle Yeoh Choo Kheng, is a Malaysian actress, best known for her role in Crazy Rich Asians, Master Z and the Christmas movie Last Christmas. In 1997, she was chosen by People as one of the "50 Most Beautiful People in the World", and in 2009 the same magazine ranked her as one of the "35 Screen Beauties of All Time". In 2022, Time named her one of the 100 most influential people in the world.