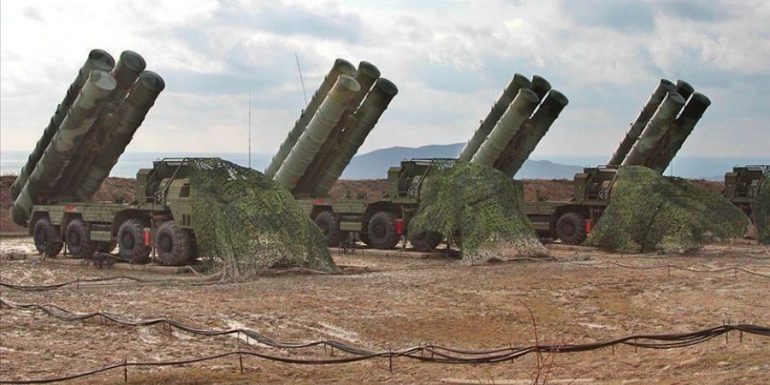 The US government has already supplied Ukraine with hundreds of anti-tank and anti-aircraft missiles. But with the arms deployment announced Wednesday by US President Joe Biden, US military assistance has taken it to another level - as it includes much more powerful weapons.

According to a US military source, these will be S-300s, Soviet-designed anti-aircraft systems, similar to the first generation of American Patriots, with the operation of which the Ukrainian army is familiar.

Equipped with powerful and autonomous radar, these mobile anti-aircraft arrays - transported by trucks - are activated automatically as soon as a threat is detected.

They could come from countries of the former Soviet bloc that still have them in their arsenals, such as Slovakia and Bulgaria, where US Secretary of Defense Lloyd Austin will pay visits during the week.

The United States also has several missiles suitable for S-300, according to a US military source, who has stated that Washington intends to send them to Ukraine within days.

The New York Times archive reveals that taking advantage of the collapse of the former USSR, the US Pentagon had procured an S-1994 battery from Belarus in December 300 - already headed by Alexander Lukashenko, now an ally of Moscow in Moscow. Of Ukraine.

The US military wanted to study the technical specifications of the system so that it could deal with it more effectively, the American newspaper explained at the time. The system included a "missile launcher, radar and missiles," the paper said, adding that "Russian generals describe it as better than the Patriot" but "US officials do not agree."

Joe Biden has announced the deployment of 100 drones to Ukraine. According to the military source, these are "Switchblades", the so-called kamikaze UAVs, which explode if they come in contact or are close enough to the target, smaller models of which allow the destruction of light armor.

The American weapons that had been delivered to the Ukrainian army so far could only hit targets that could be visually recognized by its men.

The $ 800 million package announced yesterday also includes 800 portable Stinger rocket launchers, effective in destroying helicopters and low-flying aircraft. They will be added to the 600 already delivered to Kyiv, according to the White House.

Washington had distributed large quantities to Afghan mujahedeen in the 1980s to counter Soviet air force when it invaded Afghanistan. But they have proved ineffective in dealing with Russian Cruise missiles in Ukraine.

Washington will also send 9.000 anti-tank systems, including 2.000 Javelin missiles, a weapon that has become a symbol in Ukraine. The United States had already supplied 2.600 such troops to the Ukrainian army.

These weapon systems, with two explosive charges, allow the piercing of even the most advanced tanks in the world, including the Russian T-90, which has armor designed to react to blows and to soften or prevent piercing. .

With an effective range of 2.500 meters, these missiles can be used for attacks, for example to destroy walls, or, if launched upwards, to shoot down low-flying aircraft, such as helicopters. They are also suitable for attacks against targets covered by fortifications: they can reach up to 160 meters in height and fall almost vertically, like the javelins of the Roman legions (javelins in English).

They are extremely dangerous weapons for chariots, which generally have hatches at the top, their weak point.

Ammunition of any type

US military assistance also includes 100 grenade launchers, 5.000 rifles, 1.000 pistols, 400 machine guns. As well as tens of thousands of bullets, ammunition of all types, including ammunition suitable for Soviet and Russian-made weapons, according to the Pentagon official.