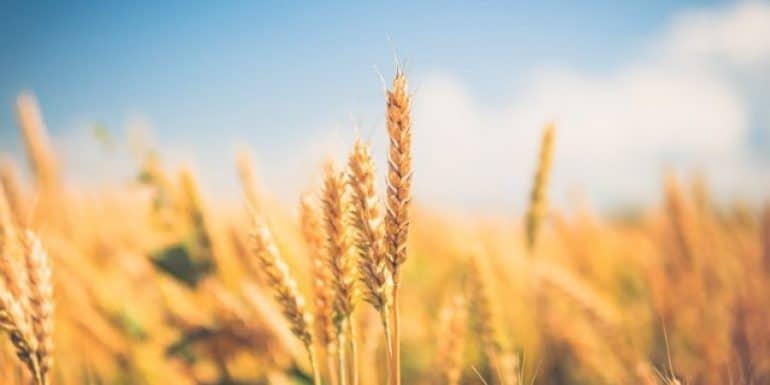 Faced with an urgent situation, leaders from around the world appealed on Tuesday to redouble efforts to combat the world's growing food insecurity, which has been exacerbated by a series of crises, Russia's invasion of Ukraine and fertilizer shortages.

In a joint statement released at the end of a ministerial meeting held on the sidelines of the UN General Assembly in New York, the US, the European Union, the African Union, Colombia, Nigeria and Indonesia expressed their "commitment to act urgently, broadly and in a coordinated manner to meet the urgent food needs of hundreds of millions of people around the world."

They pledged mainly to increase their financial aid to humanitarian organizations and not to place restrictions on food and fertilizer markets, the production of which they want to increase.

This meeting was held in the wake of the Group of Seven (G7) meeting in June in which the major powers pledged to allocate almost 5 billion dollars to fight food insecurity.

Speaking at the summit via video conference, Ukrainian President Volodymyr Zelensky noted addressing the international community that "any state that causes famine, that tries to make access to food a privilege (…) should be strongly condemned by the world."

"Peace does not exist with hunger and there is no fight against hunger without peace," summed up Spanish Prime Minister Pedro Sanchez, while German Chancellor Olaf Scholz appealed for "action with a sense of urgency."

US President Joe Biden, who will speak today from the floor of the UN General Assembly, is expected to announce new US aid, according to US Secretary of State Anthony Blinken, one of the meeting's hosts.

During his speech yesterday from the floor of the UN, French President Emmanuel Macron announced that France will finance "the transport of Ukrainian wheat destined for Somalia", a country threatened by famine.

Among the crisis factors are its pandemic COVID-19 that has disrupted distribution networks, climate change and the war in Ukraine, while officials yesterday accused Russia of putting food security at risk.

"The truth is that (Russian President Vladimir) Putin is blackmailing the international community using the weapon of food," Sanchez complained.

Neither Russia nor China participated in the meeting.

The US has made food security a diplomatic priority, not without ulterior political considerations, targeting Russia for responsibility. On the other hand, many countries of the South are also insisting on this issue in a context that is expanding with the climate crisis and energy prices.

The officials also underlined yesterday the "vital" nature of the so-called "Black Sea" agreement, which allows the shipping of Ukrainian grain on which a number of countries in the Middle East and North Africa depend.

This agreement, which was signed by Russia and Ukraine with the mediation of the UN and Turkey in July, allowed the resumption of Ukrainian grain exports through a safe corridor.

"Contrary to the disinformation coming from Moscow, these cereals and other food products are going where they should, namely to the countries that are the most vulnerable, generally in the South," assured Blinken. The agreement also allowed "prices to be reduced" and "must be renewed, and this urgently", the US Secretary of State underlined.

Russia's invasion of Ukraine has contributed to worsening food shortages faced by countries that are among the world's poorest.

According to a US report by the Conflict Observatory, around 15% of Ukraine's grain storage capacity was lost after the war began in February, with negative implications for global food security.

“It seems clear that today's disruption of food supply chains and the war in Ukraine will have an impact on the next harvests. There are about one to two harvests per year and we are already seeing this," Alvaro Lario, who chairs the International Fund for Agricultural Development (IFAD), warned earlier, sticking to the issue of fertilizers, of which Russia is a major producer.

“This is going to be devastating next year (…) maybe worse than (it was) during it COVID-19, he said yesterday, Monday, to AFP.

Last week, UN Secretary-General Antonio Guterres warned: "If we don't stabilize the fertilizer market in 2022, there simply won't be enough food in 2023."