"Throughout the night, enemy drones were trying to hit energy structures" 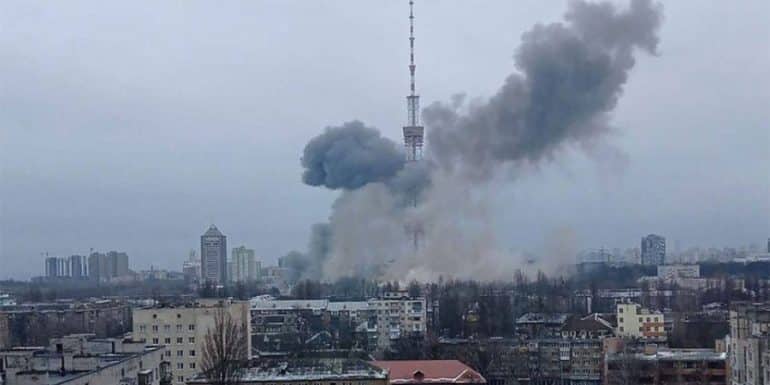 Power outages are taking place today in Kyiv and ten other provinces of Ukraine following a new wave of drone attacks launched by Russia this morning, the Ukrenegro network management company announced.

"Throughout the night, enemy drones were trying to hit energy structures," creating "a difficult situation for the energy system" and "power outages" in Kyiv and ten other provinces of the country, Ukrenergo said on Telegram.

During the night, the capital of Ukraine again became the target of drone bombings from Russia. According to local authorities, 23 drones appeared in the sky of Kiev, of which 18 were shot down by anti-aircraft defense.

"Unfortunately, a critical infrastructure facility was hit," the head of the military command, Sergei Popko, said on Telegram.

For his part, the governor of the province of Kiev, Oleksii Kuleba, pointed out that "many infrastructures and houses" were "damaged" and at least two people were injured.