Ukraine: A Russian soldier has pleaded guilty to war crimes

A 21-year-old Russian soldier on trial in Kyiv has been found guilty of war crimes during the invasion of Ukraine. 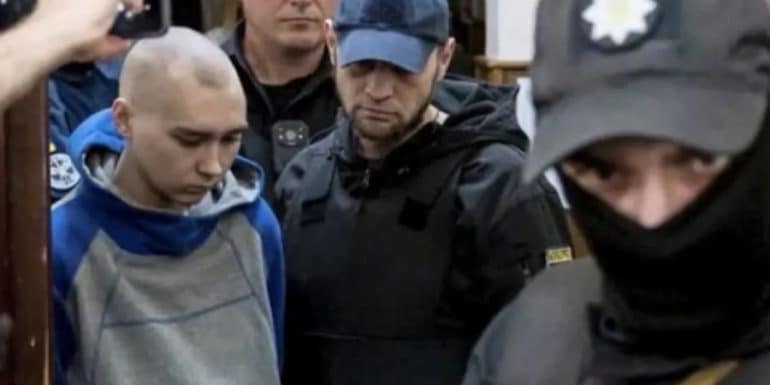 The 21-year-old Russian soldier on trial in Kyiv has pleaded guilty to war crimes during the invasion of Ukraine.

According to ndtv.com, when the 21-year-old was asked in court if he was guilty of the charges, including war crimes and premeditated murder, 21-year-old Sergeant Vadim Shishimarin answered "yes".

Vadim Shishimarin, a 21-year-old Russian soldier, has appeared in a Kyiv district court on charges of murdering a 62-year-old man in northeastern Ukraine and of war crimes and premeditated murder.

The Russian soldier, along with four of his colleagues, was traveling when their convoy was attacked on February 28 and they stole a car near the village of Tsupahifka, while the 62-year-old unidentified victim was riding a bicycle on the side of the road near his home.

Russia has been repeatedly accused by Kyiv and Washington of committing war crimes in Ukraine since the invasion began. The Ukrainian prosecutor's office says it has recorded more than 10.700 war crimes, accusing 622 Russian servicemen who, in many cases, reported torture, sexual abuse and indiscriminate destruction.

Britain and the Netherlands have sent war crimes investigators to assist in the Ukrainian and International Criminal Court investigations, particularly in the Kiev suburb of Bukhara.