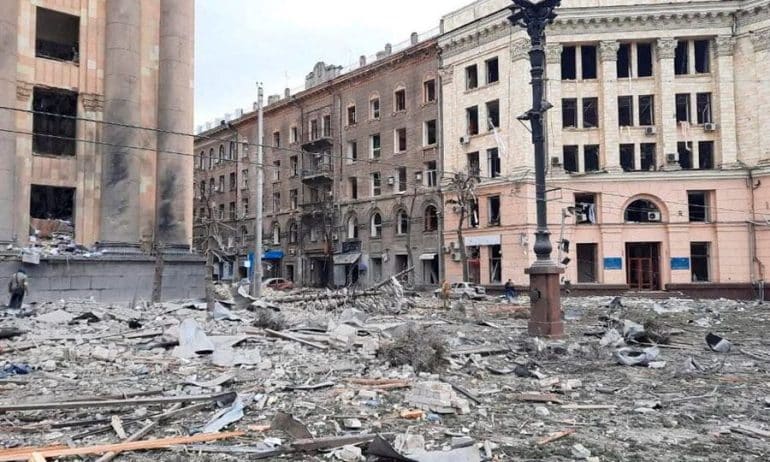 Ukrainian Defense Minister Oleksiy Reznikov said late Tuesday that Russia's war against his country in February was entering a "prolonged phase", with Moscow seeking to take over the entire eastern part of Donbass. and impose occupation on the south.

"Russia is preparing for a long-term military operation," Jens Stoltenberg told EU defense ministers and NATO Secretary-General Jens Stoltenberg. "The war is entering a protracted phase," he added, according to the text of his speech, which he uploaded to his account on the social networking site Facebook.

According to Reznikov, Russian forces are fortifying their positions in the areas they occupy in Zaporizhia and Kherson to "pass to the defense if necessary."

"Currently, the Kremlin's efforts are focused on encircling and destroying the Ukrainian armed forces in the Donetsk and Luhansk regions, in the eastern part of the country, which is partly in the hands of pro-Russian separatists," he said.

Moscow also aims to "create a land corridor connecting Russia with Crimea", the peninsula annexed by Moscow in 2014, and impose occupation "on the whole of southern Ukraine".

He called on Kiev's western allies to coordinate more on arms deliveries "in order to liberate our territories as soon as possible."

The Ukrainian Defense Ministry said on Tuesday night that Russian forces were launching attacks "along the entire line of contact" in the Donetsk region and partly in neighboring Luhansk.