Ukraine: Almost every second a child becomes a refugee

"This crisis, in terms of the speed with which it is evolving and its scale, is unprecedented after World War II." 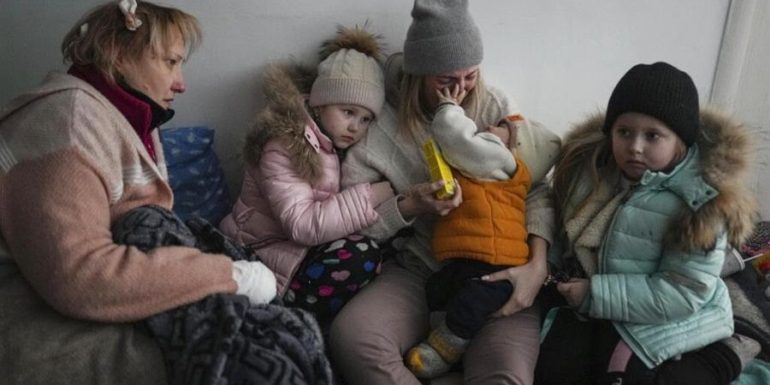 In the last 20 days, about 1,4 million children have been forced to leave Ukraine, an average of 73.000 a day, which means about 55 per minute, or "practically one child per second," said James Elder, a UNICEF spokesman. during a regular UN press conference in Geneva.

The total number of people who have left Ukraine exceeds 2,95 million, according to the latest report of the United Nations High Commissioner for Refugees (UNHCR), which took place today at around 12:00.

"This crisis, in terms of the speed with which it is evolving and its scale, is unprecedented after World War II," Elder said.

A UNICEF spokesman echoed UN Secretary-General Antonio Guterres, stressing that "these children are at high risk of falling victim to separation, violence, sexual exploitation and trafficking."

"We have now reached the limit of 3 million in terms of population movement outside Ukraine," confirmed Paul Dillon, a spokesman for the International Organization for Migration from Geneva, during the same press conference.

Of the nearly 3 million refugees who have fled Ukraine, 157.000 are citizens of other countries, the IOM said.

Poland hosts the largest number of refugees, almost half. According to the UNHCR, 1,79 million Ukrainian refugees have fled the country since February 24, when the Russian invasion began.

Romania, Hungary and Moldova have also welcomed Ukrainian refugees, and some 300.000 have fled to western Europe to be reunited with relatives or friends living there.