In 1979, almost as a child, Kevin Strickland was sentenced to life without evidence for a triple murder he had never committed by a body of purely white jurors. 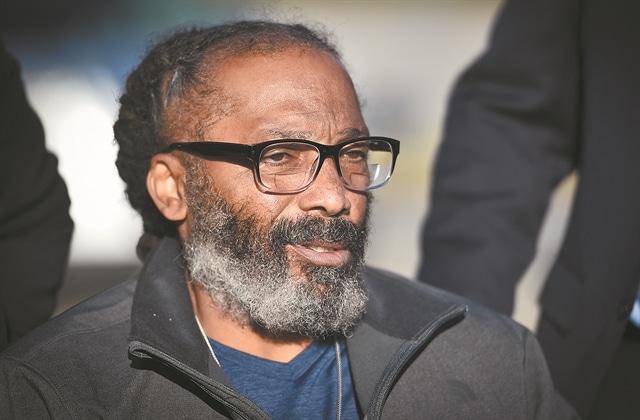 On the morning of April 26, 1978, police knocked on the door of 18-year-old African-American Kevin Strickland in a working-class neighborhood in Kansas City to ask him a few questions about a Triple crime committed nearby last night: 22-year-old Sherry Black, 21-year-old Larry Ingram and 20-year-old John Walker were murdered inside a house.

Strickland had heard about it on the news, but knew nothing more. He was preparing to take care of his six-week-old daughter alone for the first time, until the baby's mother, then his partner, went to the doctor. The young woman was leaving when the police arrived. Strickland never took care of their daughter. He was sentenced to life in prison in one of the darkest cases of US court misconduct. He was released on November 23 after spending 43 years in prison.

He is 62 years old, in a wheelchair, and as he stated a few days ago in the correspondent of the Spanish newspaper El Pais, "I know I'm awake but I can not stop thinking that someone will shake me and tell me no, that I'm dreaming, that I've been fooled, and I'm still in prison."

Kevin Strickland was already free for nine days, but he still called his room "cell" and his bed "ranch", he still slept without sleep at night, as one does in places where he could be killed at any moment. and stay still in the morning, waiting to hear the bell allow the prisoners to go for breakfast.

He does not recognize the city of Missouri where he was born and buried alive: his parents have died, he has been estranged from his siblings, his former partner has married someone else and he has only seen his daughter five times in those 43 years. He talks constantly looking around and often apologizes. "I do not know how to talk to normal people, I grew up among animals" apologizes.

No physical evidence linked Kevin Strickland to the crime. Two other African-Americans who pleaded guilty swore they had nothing to do with it. Relatives confirmed his alibi for that night.

The 19-year-old was convicted in 1979 by an all-white jury based on the testimony of Cynthia Douglas, the only survivor of the massacre - who, just one year after the trial, withdrew her testimony, saying she had been pressured by police to identify Strickland among a number of suspects.

He himself has always declared his innocence. But it was not until 2009 that Douglas had to write a letter to The Innocence Project, a legal platform fighting for the acquittal of innocent people, in order to start the proceedings again too late and acquit Strickland 11 years later.

He says that he has no energy for hatred, nor for anger, that he only wants to live the remaining years. A problem in his spine does not allow him to stand for more than 3-4 minutes.

He says he would like to travel, but then reconsiders, he would like a house outside the city, dogs for company, to sleep without fear.

Compensation is not eligible: Missouri law only provides for those acquitted on the basis of DNA testing.

In the American reality, however, which combines the cruelty of the system with a civil society capable of the best, in just one week Kevin Strickland raised around $ 1,6 million.