Peru: Four dead in a traffic accident with a tourist bus - Two Greeks among the injured

A traffic accident with four deaths occurred in Peru 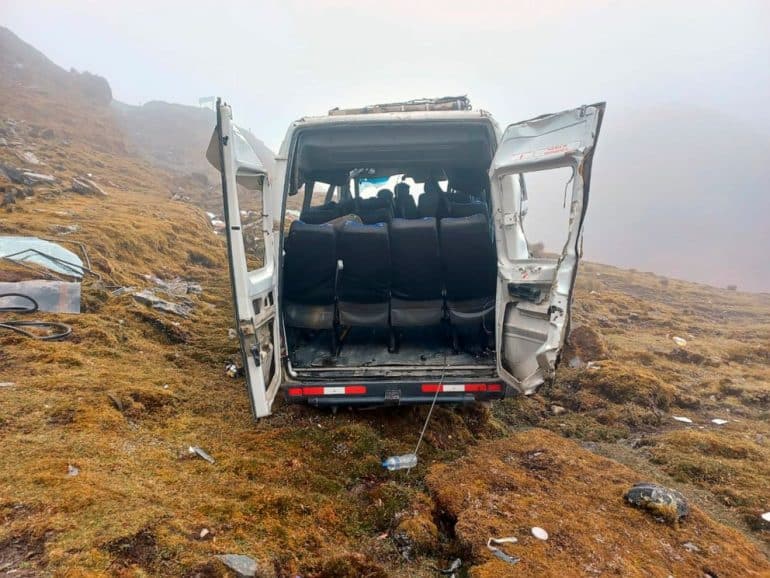 Four tourists died and 16 others were injured, including two Greeks, in a bus accident in Peru.

The tour bus returning from Machu Picchu, the citadel of the Inca empire, fell "in a ravine of about 100 meters", the Minister of Tourism Roberto Sanchez said yesterday Monday, according to which "fog prevailed" in the area where the accident occurred.

Three of the dead tourists are Colombians and the fourth is Peruvian, the ministry said in a statement.

Except from two Greeks, among the injured are four French, two Canadians, two Israelis, two Argentines, one Dutch, one Spanish and two Peruvians (one of whom is the driver).

The accident occurred on the night of Sunday to Monday, about 100 kilometers from the city of Cusco, the capital of the Incas which is the main starting point for tour operators organizing visits to Machu Picchu.

Some of the wounded were to served in Lima by military aircraft.

"We express our condolences to the families and governments of the countries of the foreign tourists who unfortunately passed away," Peru's foreign ministry said on Twitter.

Traffic accidents are often in Peru, mainly due to poor road conditions, excessive speed or lack of signage.

Three weeks ago, 16 people died when the bus they were traveling in fell into a ravine in central Junin province.

On average, about 5.000 tourists visit Machu Picchu every day. It was built in the 15th century by Emperor Pachacutec and is considered the most representative example of the Inca civilization. UNESCO has declared Machu Picchu a World Heritage Site.