What weapons will the US provide to Ukraine and how much will it help? 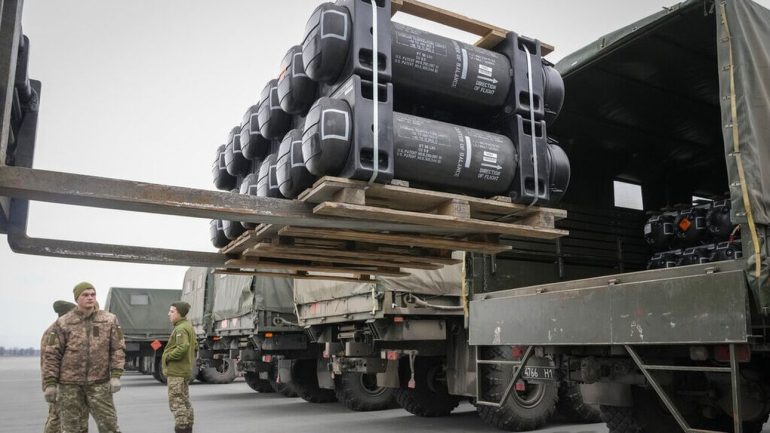 The Javelin missiles is among the weapons promised to Ukraine The USA in a new $ 800 million military aid package announced by the president Joe Biden on Wednesday.

New US assistance to Ukraine includes one wide range of military equipment, ranging from 25.000 sets of body armor and helmets to rifles and grenade launchers, thousands of other anti-tank weapons and more ammunition. Also included are drones that can be converted into flying bombs and anti-aircraft weapons that can fire helicopters from the sky.

The Javellum, an anti-tank missile system that you carry on your shoulder, have a maximum range of about 4 km. It is a very handy weapon that can be controlled by a mobile unit. The weapon can be operated by a soldier on armored targets. After the soldier captures the target, the infrared missile is aimed at him.

The Ukrainian military claims the very presence of American weapons "Causes panic" to Russian troops, and is to acquire another 2.000 of them.

In addition to Javelin missiles, the most powerful weapons are included 800 Stinger anti-aircraft systems, once used to shoot down Soviet planes in Afghanistan.

US also plans to send 100 "regular drones" - small drones - which are often fired by hand and are small enough to fit in backpacks.

Soldiers can use them to cross the battlefield or, in some cases, to attack, effectively creating flying bombs that can fly at targets from a distance.

Mr Biden's announcement on Wednesday raised the total amount of US military aid promised to Ukraine to $ 1 billion last week alone - a huge acceleration compared to the $ 2,7 billion allocated from 2014 to early 2022.

The Russian invading forces are "mostly mechanized forces" - that is, armored escorts - so "the best thing you can do is neutralize them," said the former US military colonel. Christopher Meyer on the BBC.

Ukraine has received a variety of anti-tank systems from many countries, which is helping to increase the "mortality" of Ukrainian forces against Russian vehicles, Meyer said.

Anti-tank weapons, however, are not helping Ukraine with Russian airstrikes, which have been hitting targets across the country for three weeks.

The human portable, Stinger system has been the only anti-aircraft weapon included in the US bailout package since 1981.

It is effective against helicopters or aircraft flying low at altitudes of up to 3.800 meters (12.400 feet), making it relatively useless against Russian bombers flying higher.

While the White House has hinted that higher arms - like S-300 anti-aircraft missile of the Soviet era - may be directed to Ukraine via third countries, no official announcement has been made.

Officials in Slovakia have expressed their willingness to send the systems to Ukraine, provided they receive replacements.

The United States has also rejected proposals to ask Poland to transfer them Mig-29 fighters in Ukraine to help Ukraine fight for control of its skies.

US officials have described the plan as "unsustainable" because of the increased risk of open conflict between NATO and Russia.