"The fire was coming from here and there" 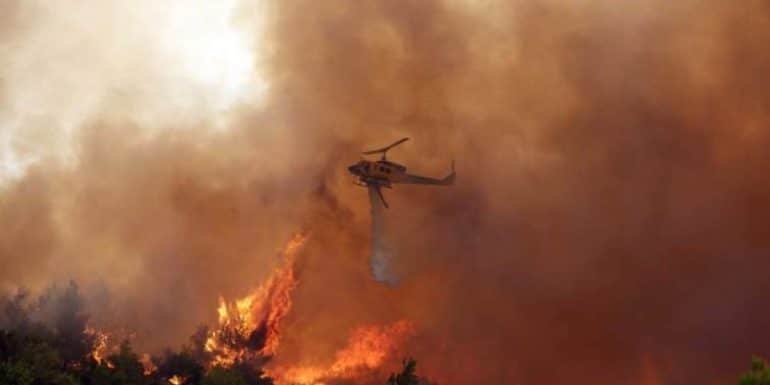 "Chaos!": that's the word a local resident used to describe the situation in Portugal's Serra da Estrella national forest, as the fire that broke out there on August 6 continues to rage.

"The fire was coming from here and there," said Fatima Cardoso, a resident of the village of Orzais, who lived moments of agony yesterday Tuesday as the flames approached the houses.

The Serra da Estrella fire, although brought under control Friday night into Saturday, flared up on Monday due to strong winds. Portuguese authorities, who expressed surprise at the occurrence of three simultaneous outbreaks on Monday, have launched an investigation, according to Portugal's Civil Protection.

This morning more than 1.200 firefighters with 400 vehicles are trying to "stabilize the fire" and "bring it under control" until Friday, before the temperature rises again, Civil Protection commander Andre Fernandez explained during a press conference that he conceded last Tuesday night.

From this fire, 24 people have been injured, 3 of them seriously, while 45 citizens have been removed from their homes as a precaution since Monday, according to the latest report.

Among the injured are two firefighters who were injured when their vehicle overturned.

The fire in Serra da Estrella, the worst that has occurred this summer in Portugal, has burned 240.000 hectares, according to the most recent, still preliminary, data from the European authorities.

This fire, which broke out on August 6 on the outskirts of Covilha in central Portugal, has destroyed unique forests of this Unesco-recognized global geopark located in the heart of the Serra da Estrella massif, which rises to 2.000 meters.

Portugal, which is experiencing an unprecedented drought this year, also had its warmest July in nearly 100 years.

Since the start of the year, more than 800.000 acres have been reduced to ash, the heaviest toll since the deadly wildfires of 2017 that left nearly 100 dead, according to the Forest and Nature Conservancy.