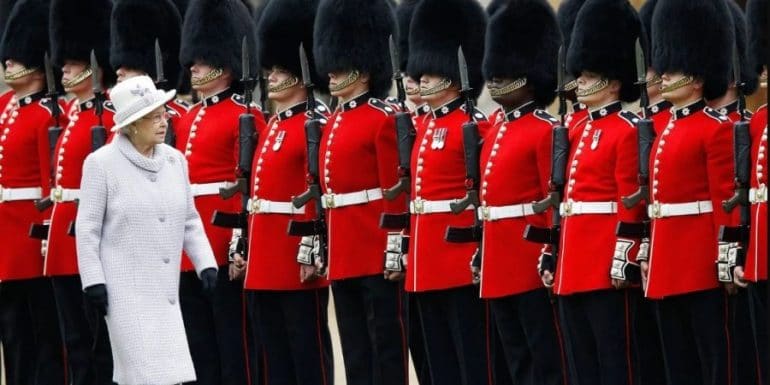 A man who pretended to be a priest reportedly spent the night in a barracks with a Royal Guard near Windsor Castle in the United Kingdom.

The Sun reported that police were alerted when the unidentified man arrived at Victoria Barracks on Sheet Street in Windsor at 9.20am. on Wednesday while the Queen was in Sandringham for Easter.

The barracks house the Coldstream Guards, recognized by their red jackets and black bear-skin hats, and have a ritual role as patrons of Windsor Castle and Buckingham Palace.

The man reportedly spent the night eating and drinking with senior officers before being offered a bed for the night, although he showed no IDs or credentials.

"It simply came to our notice then. The guy appeared at the gate at night and said that his name was Father Cruz and claimed that he was a friend of Padre Rev Matt Coles of the battalion ", a source told the newspaper.

"I enjoy the jokes"

"He was called in and offered something to eat to the Police.

"Within hours, he drank with the officers at the bar and told them stories about how he had served in Iraq.

"He told a lot of stories and the lads enjoyed his jokes and drank some drinks."

An army spokesman said an investigation had been launched.

The statement added: "The military is taking this breach of security very seriously and will investigate thoroughly as a matter of priority."

A Thames Valley police spokesman told the Sun they were notified Wednesday.

"Officers attended and removed the intruder from the barracks. No further action was taken. "