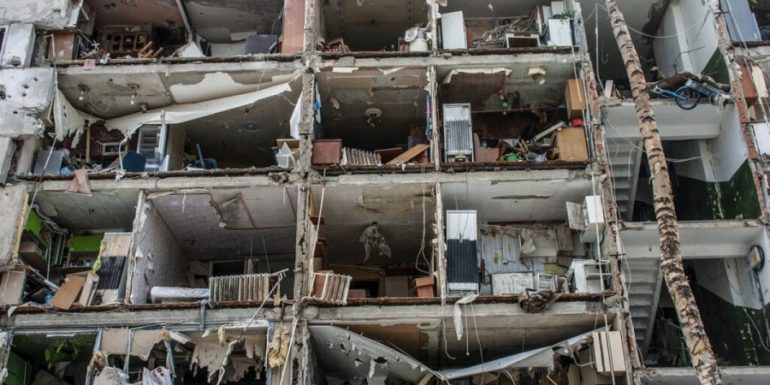 "As a result of the bombing of high-rise buildings in the Nemyshlyansky district of Kharkiv, many apartments in two residential buildings were destroyed," Ukraine's emergency services said in a statement this morning.

Rescuers fought to extinguish the fire, rescuing four people from the collapse of a building, but failed to save two others who were killed in the attack, according to international reports.

A school was also reportedly attacked around 3 in the morning with part of the building being destroyed.