"I have nothing to hide. "I didn't use drugs, so I have no problem getting tested," said Marin. 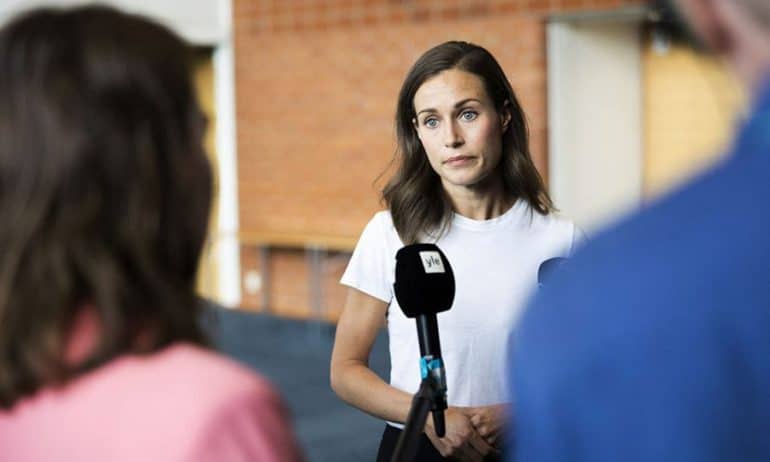 Finnish Prime Minister Sanna Marin, 36, said she would not mind taking a drug test after a video of her dancing at a party appeared on social media, sparking rumors of drug use. .

"I have nothing to hide. "I didn't use drugs, so I have no problem getting tested," said Marin.

The video, which shows the prime minister dancing with a group, was widely circulated on social media and was picked up by several media outlets. "These videos are private, they were filmed in private spaces," the prime minister added. "I was having a night out with friends," he explained.

The way Marin danced was criticized by some who said it was unbecoming of a prime minister, while others said she was entitled to have fun with friends at a private party.

Very controversial rumors were also circulated regarding statements made by unnamed persons about the narcotics.

MP Miko Karna of the Center Party, which is part of the governing coalition under Marin, said in a tweet that it would be "wise" for the prime minister to "voluntarily undergo a drug test".

Marin stated that she had consumed alcohol at that party, while denying that she had taken drugs or witnessed the use of drugs by persons attending the party.

SDP caucus leader Andy Lindman said during his party's conference today that the prime minister had their support. "I don't see a big problem with Marin dancing with friends at a private event," he said. As for the drug test, she will be the judge, he added.
Marin, the world's youngest head of government when she became prime minister in 2019, has already come under fire for celebratory evenings at her official residence.

In December 2021, Marin was criticized for dancing until dawn while coming into contact with a case of Covid-19.

According to a poll at the time for the MTV3 network, two-thirds of the respondents had estimated that Marin's celebratory outing was a "big mistake".