In this country, tourists will pay $200 a night just to enter

Its borders for foreign tourists will open from September 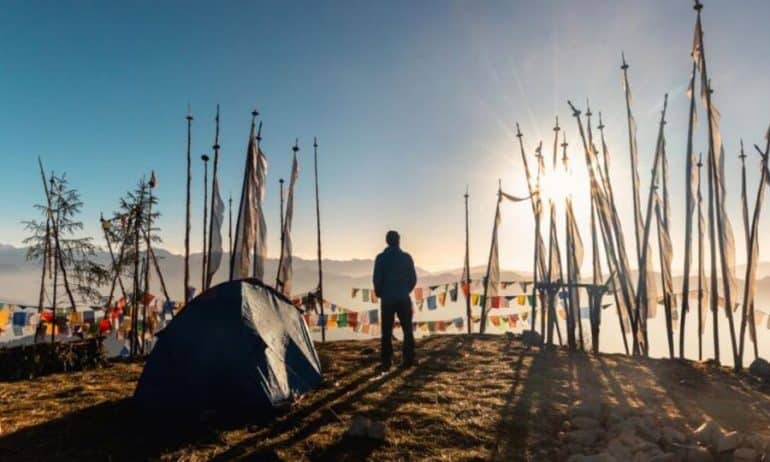 Bhutan will open its borders to foreign tourists from September, for the first time since the start of the pandemic, more than two years ago.

Sandwiched between China and India, the tiny Himalayan kingdom of scenic natural beauty and ancient Buddhist culture is looking to boost its economy after banning tourism, a major source of revenue, in March 2020 with the introduction of first case of coronavirus in the country.

The country of less than 800.000 inhabitants has recorded at most 60.000 cases and only 21 deaths. But the $3 billion economy has shrunk in the past two years, pushing more people into poverty.

Yesterday, the Bhutan Tourism Board announced that foreign visitors will be able to enter the country from September 23, according to CNN.

However, they will incur a Sustainable Development fee of $200 per night each, up from the previous $65. As the authorities said, the goal of the new fee is to offset the CO2 emissions of tourists.

"Coronavirus has allowed us to do a reset - to rethink how the sector can be structured and run better ... while keeping our carbon footprints low," said Tandi Dorji, tourism board president and the country's foreign minister.

Tourism employs 50.000 people in Bhutan and brought in an average of $84 million a year in the three years before the pandemic.

Sangay Phuntso, who runs Always Bhutan Travel, said the fees might deter some, but not the wealthiest visitors.

"Those who can spend are welcome," Phuntso said. "We are excited".