The trial, which is expected to be attended by many others, will be a test for the Ukrainian judiciary. 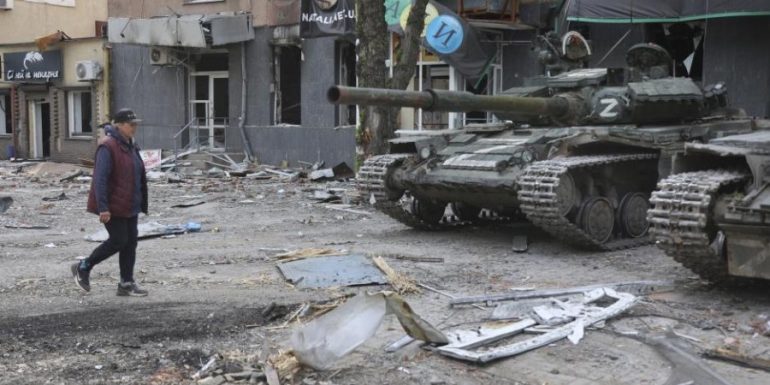 Justice in Ukraine begins today the first trial for war crime after the Russian invasion of the country against a Russian soldier accused of killing an unarmed civilian.

The trial, which is expected to be attended by many others, will be a test for the Ukrainian judiciary, with international institutions conducting their own investigations into the atrocities committed by Russian troops in Ukraine.

Vadim Sisimarin, 21, will appear today at 14:00 (Greek time) in a court in the Solomyansky district of Kiev, where he will have to explain the death of a 62-year-old man on February 28 in northeastern Ukraine.

Sisimarin, originally from Irkutsk in Siberia and charged with war crimes and premeditated murder, faces up to life in prison.

According to the indictment, Sisimarin was the head of a unit of an armored division when their convoy was attacked. He stole a car with four soldiers to escape. They were near the village of Tsupahifka in Sumi province when they met the 62-year-old on a bicycle.

"One of the soldiers ordered the accused to kill the civilian in order not to report them" for the theft of the car, said the office of the attorney general.

Sisimarin then fired his Kalashnikov from the car window and "the man was killed on the spot, a few tens of meters from his house."

In early May, Ukrainian authorities announced the arrest of the Russian soldier, without giving further details. However, they released a video in which Sisimarin seems to say that he went to fight in Ukraine "to help his mother financially".

Commenting on the charges against him, he said: "I was ordered to shoot and I shot him twice. He fell down and we continued on our way ".

The case is difficult, his lawyer commented. "We have never had such an accusation in Ukraine before, there are no precedents, decision," he said.

The Prosecutor General of Ukraine, Irina Venediktova, in a series of posts on Twitter stressed how important this case is for her country.

"We have launched more than 11.000 war crimes investigations and arrested 40 suspects," he said. "With this first trial we send a clear message: no executioner, no man who ordered or helped to commit crimes in Ukraine will escape justice."

The trial of two Russian soldiers for launching rockets against political infrastructure in the Kharkiv region starts tomorrow.