Shock in Turkey: A father married his 6-year-old daughter to a 29-year-old 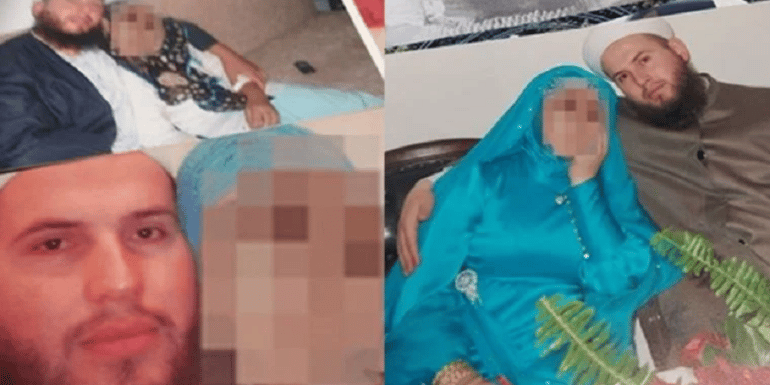 Turkey has been shocked by the revelation that Yusuf Ziya Gyumusel, the leader of the Ismailaga Islamic sect, married his 6-year-old daughter to a 29-year-old religious man years ago.

The daughter filed a lawsuit as recently as 2020, claiming she was sexually abused every day during her childhood.

In 2012, the doctor who treated the 14-year-old girl during a hospital visit for a menstrual irregularity reported the child's abuse to the police. The prosecutor's office opened an investigation, but then decided there was no scope for prosecution.

It was not until 2022 that the prosecution's indictment stated that there had been sexual abuse and that the offense had been committed repeatedly.

According to the allegations, at first the child's mother was against the marriage, which was arranged by her husband. However, her father would send his daughter to 29-year-old Kadir Istekli's apartment when her mother was not at home.

HKG became a mother when she turned 17. One day, she heard a radio show about little girls getting married, so she realized that what she was going through was not a game, as her 'husband' was presenting the sexual act to her, and that she had been sexually abused.

Two years ago, on November 30, 2020, he filed a lawsuit with the Istanbul Prosecutor's Office. She submitted to the prosecution photos from her alleged wedding, as well as photos of bruises on her body and audio recordings of her abuse.

According to HKG's statement in her complaint, her husband's sexual assaults were ongoing.

The man who married the six-year-old girl, Kadir Istekli, and is accused of rape is free.

The representative of the ruling AKP party, Omer Celik, reacted to the despicable event and stressed that they are closely monitoring the developments.

"Child abuse is a damnable crime that will never be forgiven," he said.

The leader of the Republican People's Party CHP, Kemal Kilicdaroglu, said that those who sexually abused the six-year-old child will get what they deserve.

“A 6-year-old! Whoever does this, turns a blind eye to this, confirms this system, is dishonest!”

İYİ Good Party leader Meral Aksener spoke of moral decay and warned that they will not allow this incident to be swept under the carpet.

"What happened to our 6-year-old girl under the cover of a religious community is a great perversion, abuse and clear rape! We will always protect our children from all dirty hands!"

Future Party leader Ahmet Davutoglu said the sexual assault of a six-year-old is a crime against humanity.

At the same time, today well-known journalists and representatives of the press demand that the country's official authority, the Directorate of Religious Affairs, take a stand and condemn the event, making it clear that Islam does not allow this.