Cavusoglu in Libya - "2 memoranda for hydrocarbons were signed"

"2 memoranda on hydrocarbons were signed" 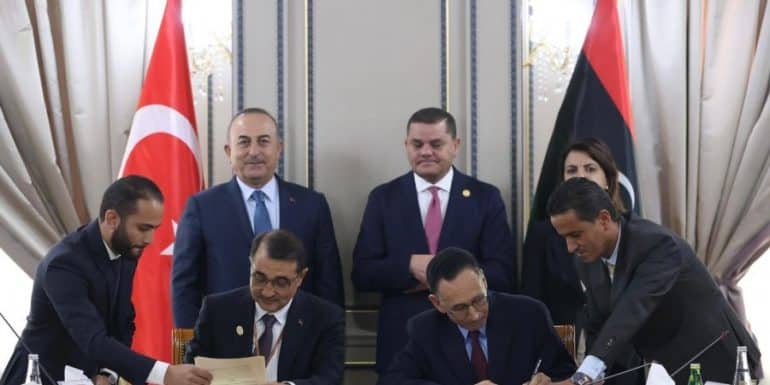 The memorandum signed between Turkey and Libya in 2019 will be among the topics discussed today in Libya by the Turkish delegation led by Turkish Foreign Minister Mevlut Cavusoglu and the participation of Turkish Defense Minister Hulusi Akar, Turkish Energy Minister Fatih Domez and its representative Turkish Presidency Ibrahim Kalin.

As reported by the Turkish news agency Anadolu, during the visit, it is expected to discuss the organization of elections in the country as soon as possible, the developments regarding the legal infrastructure project required in this context, bilateral relations and cooperation in the context of the Memoranda of Understanding on Security and Military Cooperation and the Delimitation of Maritime Jurisdiction in the Mediterranean, signed with Libya in 2019.

According to Anadolu, diplomatic sources point out that unifying all relevant institutions around a specific plan to maintain stability in Libya and hold presidential and parliamentary elections based on national consensus as soon as possible is at the heart of the visit.

The delegation is also expected to visit the land granted by the Libyan authorities for the construction of the Turkish Embassy complex in Tripoli.

After the meetings in Tripoli, the delegation is expected to return to Ankara in the evening.