"Synthetic" lion burgers, tiger steaks and zebra sushi will be served in London

What is farmed meat? 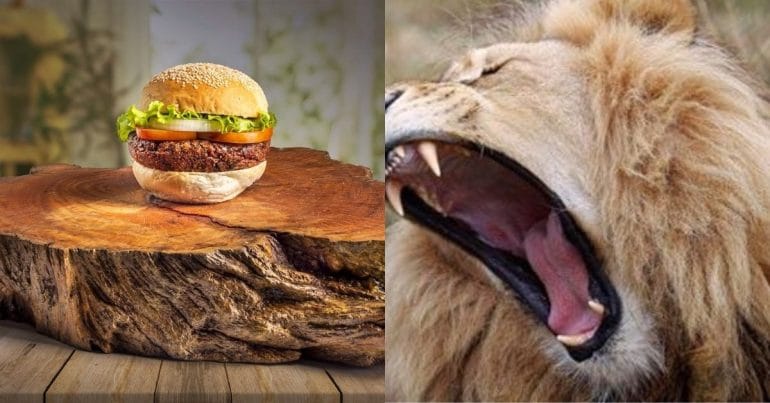 New foods and, in fact, synthetics will be available from producers. What is the target group they are targeting? According to the Independent, these are eco-conscious consumers who want to make the transition from vegetarian substitutes to exotic laboratory-grown meats.

"Cultured" lion burgers, tiger steaks and zebra sushi rolls are among the products launched by a food technology company, hoping that they will eventually be widely available in the market.

According to the British newspaper, as soon as the products receive approval from the regulators, Primeval Foods estimates that the restaurants with Michelen stars in London will be one of the first to offer their dishes, with further plans for further expansion , even in local supermarkets.

What is farmed meat?

Cultivated meat is a production method that allows companies to produce food of any kind without slaughtering animals. It is produced through the cultivation of animal cells, which allows producers to reproduce the nutritional profile of conventional meat.

The idea is that this way we do not have to raise animals for meat production and thus reduce greenhouse gas emissions and prevent excessive use of antibiotics.

Considering that farmed meat is not yet produced on an industrial scale, there is still relative uncertainty about its benefits in protecting the planet. But scientists generally estimate that the environmental impact of farmed meat production is significantly lower than that of conventionally produced meat.

According to an environmental impact study, farmed meat production consumes about 7 to 45% less energy than conventional European meat, while greenhouse gas emissions are 78 to 96% lower.

In February, the Financial Times reported that sales of vegetarian meat substitutes fell after the Beyond Meat share plunged 11%. In the last three months of 2021, the company announced losses of 80,4 million, three times more than the previous year.

Primeval Foods sees this drop in sales as an opportunity to try out more innovative ideas. In addition to offering eco-friendly substitutes for conventional meat, it hopes the exotic alternatives it launches will give consumers the opportunity for new gastronomic experiences.