Would you chip your hand to get rid of bank cards? 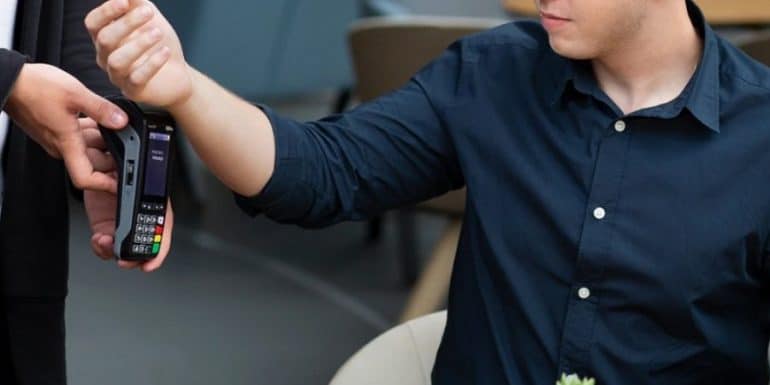 British-Polish businessman Wojtek Paprota is the founder of Walletmor, which claims to be the first company in the world to sell contactless bank card chips that can be implanted in people, according to the Daily Mail.

The procedure is simple, albeit bloody, and leaves clients with a small stitch below the wrist. Once the chip is inserted, users no longer need to deal with debit or credit cards.

To make a purchase they can wave their hand over a contactless transaction 'reader'. It might sound like a dystopian fantasy, but 'Walletmor' is proof of how fast the payments industry is evolving.

From chip implants to facial recognition software on your mobile phone, this new technology aims to consign cash and bank cards to history.

However, the company, according to the Daily Mail, which has been featured in both the BBC and Forbes, appears to have misled its customers and is in conflict with other companies.

Mr Paprota had reused chips from a third-party supplier, MuchBetter, which is linked to Mastercard. Once notified of Walletmor's actions, both companies pulled the plug, citing "health and safety concerns." Overnight UK customer accounts closed!

The result; Some were left with completely unnecessary chips under their skin. Their only option for now is to remove them, although Walletmor insists it is looking at ways to reprogram the already implanted chips for future use.

A microchip was first implanted in a human in 1998. Professor Kevin Warwick, known as Captain Cyborg, performed the operation to connect his nervous system to a computer as part of an experiment.

The device is about the size of a grain of rice and costs €200 (£169). "The implant can be used to pay for a drink on the beach in Rio, a coffee in New York, a haircut in Paris or your local grocery store," Mr Paprota told the BBC earlier this year.

But in a Facebook group dedicated to Walletmor's 434 "ambassadors," customers regularly posted videos of card machines struggling to read their tokens.

Gary Prince, chief strategy officer at software company SimplyPayMe, says: “It's an exciting idea, but for something like this to work, people have to want to use it. What is the benefit of paying with your hand? If it could also be loaded with identification documents, that would be a different story. But it would also open up a larger conversation around privacy."

Interest in biometric payment solutions, which use physical characteristics to identify a customer and authorize a transaction, is steadily growing.

In 2016, Apple Pay introduced selfie pay, which allowed customers to authorize transactions by taking a photo of their face.

The following year Santander became the first bank in the UK to introduce voice recognition technology. And in 2019, Barclays introduced “finger scanners” that can identify customers from their fingers using infrared technology.

The hope is that these types of technology, according to the Daily Mail, could crack down on fraud, as criminals are unable to copy these unique features.