Nightmarish moments were experienced by flight passengers due to severe turbulence 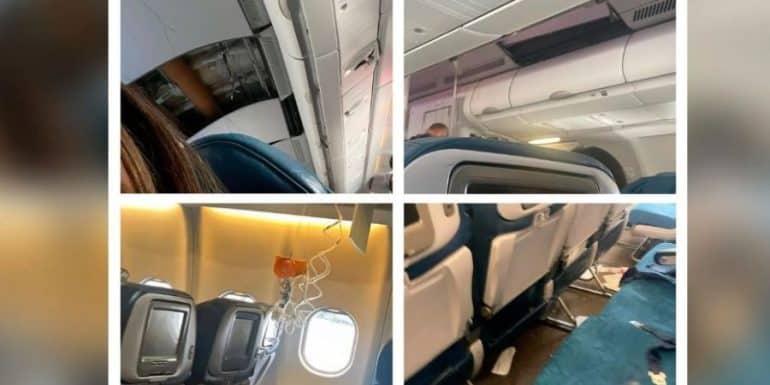 Nightmarish moments were experienced by passengers on a Hawaiian Airlines flight due to severe turbulence. In fact, some had to be transferred to the emergency room of the hospital.

Specifically, the flight from Phoenix, Arizona to Honolulu, Hawaii turned into a real nightmare for the 278 passengers and 10 crew members.

As it became known, the turbulence occurred about 15 minutes before the landing of the aircraft. Honolulu EMS said in a statement that 11 of the passengers were in serious condition, while a 14-month-old infant was among those taken to hospital.

According to local emergency authorities in Honolulu, some had serious head injuries, others had suffered lacerations or even loss of consciousness.

CNN: At least 36 people on a Hawaiian Airlines flight injured, with 20 taken to emergency rooms, after their plane encountered "severe turbulence" on a flight from Phoenix to Honolulu. pic.twitter.com/4dvUPyH6tU

Several passengers were injured by hitting the cabin walls and suffered bruises and abrasions, while some experienced nausea and vomiting. At least one of the passengers was knocked unconscious, according to Honolulu Emergency Medical Services Chief Jim Ireland.

The airline official described the extreme turbulence as an "isolated anomaly". As he pointed out, the airline has never seen a similar phenomenon in recent history.

“We are very happy and feel fortunate that there were no deaths or other critical injuries. We hope all passengers make a full recovery soon," Ireland said in his statements to reporters.

At the time the in-flight turbulence began, the seat belt indicator was on, but many passengers appeared to have unbuckled it. Kaylee Reyes, who was traveling with her mother, told Hawaii News Now that an elderly woman had just returned from the bathroom when the plane began to shake and had not been able to fasten her seat belt. "It was thrown up and hit the roof," he said.