What if Putin nukes Ukraine?

"Anyone who tries to obstruct us, let alone create threats to our country and its people, should know that the Russian response will be immediate and lead to consequences that you have never seen in history." 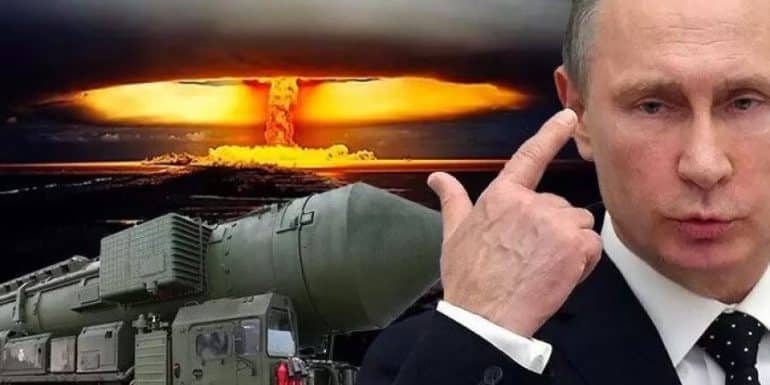 As the war in Ukraine rages, Russian President Vladimir Putin is sharpening his nuclear rhetoric. "Anyone who tries to obstruct us, let alone create threats to our country and its people, should know that the Russian response will be immediate and lead to consequences that you have never seen in history," he said as early as February , warning of a possible nuclear strike.

Mostly, writes Richard K. Betts, a professor of war and peace studies at Columbia University and a fellow at the US think tank Council on Foreign Relations, in Foreign Affairs, Westerners see this statement as a bluff. After all, whichever side launched nuclear weapons first would be making a very dangerous bet: that the adversary would not retaliate. That is why the chances of a sober leader starting a process of exchanging blows that could end in the destruction of his country are very small. When we are talking about nuclear weapons, however, even very small chances are enough.

Planning for the eventual use of nuclear weapons by Russia is imperative. The risk would be greater if Ukraine clearly won the war. Only then would it seem plausible that the Russians would be motivated to take this terrible risk, shocking Ukraine and causing its NATO backers to withdraw in order to prevent defeat. They could do so by detonating so-called small, "tactical" nuclear weapons against Ukrainian forces or with a "symbolic" explosion in uninhabited territory.

The US would then have three general response options, the columnist notes: They could demur rhetorically, but do nothing militarily. They could launch a corresponding nuclear attack. Or they could refrain from a nuclear counterattack and enter conventional warfare, with large-scale airstrikes and mobilization of ground forces. All these alternatives are bad, because none are low-risk and none neutralize the nuclear taboo. A conventional war response is the least bad of the three.

Over the past three decades, the US has paid little attention to the potential dynamics of a nuclear escalation. During the Cold War, by contrast, the issue was at the center of strategic debate. Back then, in contrast, NATO relied primarily on the option of deliberate escalation—starting with the limited use of tactical nuclear weapons—as a way to stop a Soviet invasion. This strategy was controversial, but was adopted because the West believed that its conventional forces were inferior to those of the Warsaw Pact. Today, with the balance of power reversed, the current Russian doctrine of "escalation to de-escalation" mimics NATO's Cold War approach of "flexible retaliation."

NATO promoted this policy in words, but strategically it was always an unstable idea. The contingency plans he created did not lead to consensus, simply because the initiation of nuclear weapons risked a war without limits.

Today, however, NATO should not rely on Moscow's restraint, Betts writes. Putin is betting more on war than the nuclear powers backing Ukraine, and he could bet that Washington is less willing to play Russian roulette than he is. He could play it crazy and trigger a nuclear shock to force an end to the war on Russian terms.

The first question NATO must answer is whether a possible use of nuclear weapons by Russia should really be a red line for the West. In other words, would a Russian nuclear attack trigger NATO's shift from merely supplying Ukraine to directly engaging in combat? Russian logic is aimed at scaring NATO and forcing Ukraine to back down. If Russian nuclear weapons do not provoke the US into direct war, Moscow will have the green light to use even more and quickly crush Ukraine.

But if this hypothetical challenge were to become a reality, entering a nuclear war would involve the Americans in an experiment in which they would not want to be involved. Therefore, there is a very serious possibility that they will end up with the weakest option: apply all possible and unlikely economic sanctions, but do nothing militarily. This would mean that Moscow has complete freedom of military action, including the further use of nuclear weapons: in effect, victory would be conceded to Russia. As dishonorable as this may sound now, when the time comes, it will be accepted by Americans, as it would not lead to national suicide.

However, here lies the long-term and substantial danger of setting a precedent that launching a nuclear attack is permissible, and indeed fruitful. If the West does not want to back down—or if it wants to deter Putin from the nuclear game—governments must demonstrate as credibly as possible that Russian nuclear use would challenge NATO, not intimidate it.

If NATO decides to strike back on behalf of Ukraine, then more questions arise: Will nuclear weapons also be used? And if so, how? The most common idea is an "eye-for-an-eye" nuclear counterstrike to destroy Russian targets comparable to those hit by the initial Russian strike. But such a thing would not lead to a clear victory for anyone, but would cause the destruction of both.