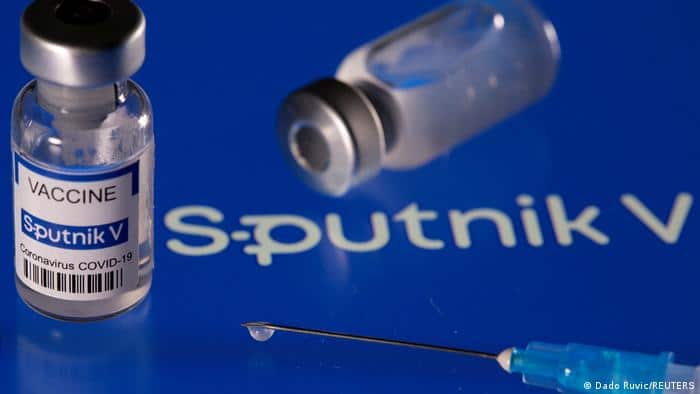 The inhaled Sputnik vaccine against COVID-19 will be effective against Omicron and available in the first quarter of 1, announced the Russian National Research Center of Epidemiology and Microbiology of Russia.

At the same time that the Omicron variant has caused an international outbreak, countries are announcing measures to curb the spread.

The inhaled form of the Russian Sputnik vaccine against COVID-19 will be available in the market in the first quarter of 2022 and will be particularly effective against the highly infectious Omicron mutation of the new coronavirus, offering not only protection against infection but also prevention of its spread, said the Russian National Research Center for Epidemiology and Microbiology , named after Academician N. Gamalegia.

In October, the Russian Ministry of Health granted permission to the Gamaleya Center to conduct the second phase of clinical trials of the vaccine in the form of nasal spray.

According to the director of the Center, Alexander Ginzburg, the new vaccine does not eliminate the need for routine vaccination, but will become a complementary tool, which will provide another barrier to the spread of infection.

According to the distinguished Russian microbiologist, the inhaled form of the vaccine creates local immunity in the nasopharynx and creates an additional barrier for the virus as it tries to enter the human body.

Pre-clinical trials of the new form of the vaccine began in April and the clinical trials so far are progressing without serious side effects for the participants, according to the information of the Russian news agency RIA Novosti.

The government of Mario Draghi decided last night to substantially expand the use of the super green vaccinated vaccine (issued after two doses) in order to more effectively treat the coronavirus pandemic.

More specifically, the cabinet of the Italian government, decided that the super green pass will be necessary, from January 10, 2022, for access to hotels, exhibitions, mountain facilities and ski slopes, swimming pools, receptions after baptisms or weddings. The extension of the "pass" concerns the use of all public transport, but also the possibility of consuming food in restaurants, indoors as well as in open spaces. Which means that in all these cases, the possibility of access with a negative test will cease to apply to the unvaccinated.

In the first days of the new year it is very likely that a new reinforcement of prevention and protection measures will be decided, including a further extension of the mandatory use of the super green pass.

The use of the mask becomes mandatory again on the streets of Paris from Friday, in order to deal with the "tsunami" of the Omicron mutation, which has caused an explosion in France, the police directorate of the French capital announced last night.

The mask should henceforth be worn by all persons over 11 years of age. Excluded are those in cars, bicyclists and those who do sports, the police clarified.

France announced 208.099 new cases yesterday Covid-19, a number that is a new national and pan-European record. There were also 184 deaths and an increase of 53 to 3.469 in intensive care units.

The Mexican Ministry of Health announced on Wednesday that 24 patients had died in the past 188 hours due to complications. COVID-19 and 5.290 cases of SARS-CoV-2 were confirmed.

Officially, Mexico counts 299.12 deaths out of a total of 3.961.662 infections since the outbreak of the new coronavirus in its territory.

The Brazilian Ministry of Health announced on Wednesday that 24 patients had died in the past 112 hours due to complications. COVID-19 and 9.128 cases of SARS-CoV-2 were confirmed, but these data are incomplete, as two states, among them the second most populous in the country, Sao Paulo, did not submit data.

Cases of the Omicron variant remain 77 and have been recorded in seven Brazilian states, according to the same source.

Argentina on Wednesday recorded the highest number of cases of the new coronavirus since the outbreak of the pandemic in its territory.

The Ministry of Health announced that in the previous 24 hours 42.032 infections from SARS-CoV-2 were confirmed.

Meanwhile, after the US, Spain and other countries, Argentina announced that it is reducing the quarantine period for those who have tested positive for Covid-19 in 7 days, instead of 10 that were until today, in order to limit the effects on economic activity, due to the explosion of cases observed in the last days.

For the unvaccinated, the quarantine period remains 10 days, whether it is for patients or for contacts of confirmed cases.

The researcher Gregorio Iraola of the Pasteur Institute in Montevideo "managed to confirm" that "the Omicron variant has entered our country", Mr. Salinas stressed to journalists.

The Federal Ministry of Health of India announced today Thursday that in the previous 24 hours 13.154 cases of SARS-CoV-2 were confirmed and 268 patients died due to its complications. COVID-19.

The confirmed cases of SARS-CoV-2 in Germany increased by 42.770 in the previous 24 hours, reaching 7.109.182, according to the figures published today, Thursday, by the Robert Koch Institute, the country's epidemiological surveillance body.

The deaths of 383 patients due to its complications COVID-19 increased the death toll from the new coronavirus pandemic in the country to 111.602 dead to date, according to the same source.

A new case of the new coronavirus was announced in Bolivia on Wednesday, as the highly contagious Omicron variant is spreading to other countries in the region, but it has not been confirmed to date that it is present in the Andean country.

The Ministry of Health announced that 4.934 cases of SARS-CoV-2 were recorded in 24 hours in the middle of the fourth wave.

Turkey recorded 36.684 new cases COVID-19 yesterday, the highest number of daily infections since April 29, according to the data of the country's Ministry of Health, with the Minister of Health Fahrettin Koca urging the citizens to make the commemorative doses.

Turkey also recorded 142 deaths from the virus, according to the data.

The reopening of theaters and cinemas in Belgium was confirmed yesterday by the competent "Coordination Committee" (Codeco), after the decision of the Council of State to suspend the measure for the closure of theaters announced on December 22 to stop the Omicron mutation. .

The Belgian Coordinating Committee met urgently yesterday, following the decision of the Council of State and announced that the rules that were in force before December 22nd are being restored. As a result, all the venues of the spectacle reopen, with a maximum number of spectators of 200 people, seated, with a mask and with a vaccination certificate or a negative test. In addition to theaters and cinemas, all indoor cultural events are allowed.

Ireland is now on the list of countries that broke their previous daily case records Covid-19, as it recorded 16.428 new infections, at a time when the number of patients in need of hospital care also began to increase, according to the country's Ministry of Health.