The 'Joker' costume is up for auction

What other movie items are also being sold at auction this summer? 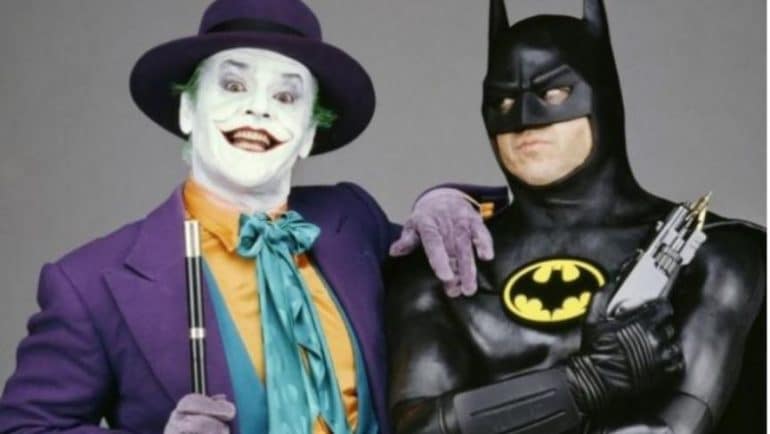 The famous "Joker" costume worn by Jack Nicholson in Tim Burton's "Batman" is being auctioned by Heritage Auctions.

The purple, orange and turquoise striped wool double-breasted jacket and matching trousers, the orange satin long-sleeve shirt, the Christian Dior striped tie, a pair of UK-made Robot boots and the Dobbs purple felt hat sell for a starting price of $65.000 .

According to Heritage Auctions, costume designer Bob Ringwood created the suit with Jack Nicholson himself and "achieved the bold lines and color of a classic cartoon gangster, without looking kitschy" allowing the actor to be funny and scary at the same time .

The costume, which is in very good condition, was worn when "The Joker" has a meeting with the Gotham mob and uses a deadly handshake with the electric joy buzzer.

At the same auction, the Batman costume worn by George Clooney in the film "Batman & Robin" (Warner Bros., 40.000) made of latex, vinyl and other materials is sold at a starting price of $1997.

The auction house's executive vice president Joe Maddalena called it "the most famous and infamous Batman costume ever designed," apparently in reference to the nipples it bears, which have drawn derision.

Charlie Chaplin's 1936 Modern Times poster and Rocky Balboa's boxing gloves, played by Sylvester Stallone in Rocky III, are up for auction on July 22-23.