She was awarded compensation of 119.000 euros but was advised not to work at the institution again 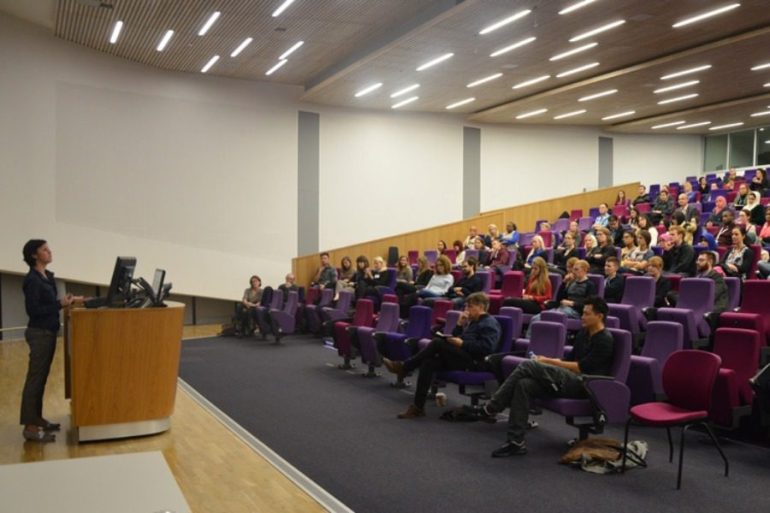 A university doctor who claimed to have been fired because of her φων loud voice won 119.000 euros in damages in court.

The reason for 59-year-old Annette Plott who worked for 29 years at the University of Exeter in Great Britain and was fired due to her "imposing" voice.

The university justifies the decision to fire 60-year-old Plot in the fact that she mistreated two doctoral candidates, a fact that she denies. In fact, she filed a lawsuit claiming that she was fired because of her voice, which is possible from her birth, due to her Central European and Jewish origin.

Plot, who worked in the Physics department for almost three decades, accused the foundation of bias against her and said she was taking medication because of the stress caused by her behavior at work. During a meeting last year, Plot was described as a "marmita" character, with many believing in her face but others considering her "imposing" and not liking her style.

In statements after the decision that obliges the university to compensate her with 119.000 euros, she said: "I have a natural strong voice, so I can not understand when I can speak loudly. The loud voice comes from my family background and is a perfectly normal and acceptable way of communicating between people of Central European or Eastern European, Jewish descent. "In New York and Germany, where I have lived and worked for years, the volume of my voice has never been commented on."

"It was only in Exeter that I was pressured to change this innate feature that is structurally important to my identity. "I think it is the combination of gender and volume that some colleagues insist on condemning, as it runs counter to stereotypes about how a woman should behave," she told the Mirror.

Plot's parents were born into German-Jewish families and fled to Britain as children. She was the first female professor in the Physics department when she started working at the institute in 1990. Her status had already been suspended twice before she was fired and she was forced to stay out of contact with colleagues and students while conducting research against her, which made him feel ashamed and isolated.

Plot said she was still worried about the issue, as the university said it would appeal.

She herself expressed the desire to return to work, but the court ruling concluded that such a thing would not work, as "there is a deep-rooted prejudice against her in the human resources department and in the upper echelons of the university."

According to the verdict: "Her whole life was focused on the university where she worked for 30 years. Her social environment was fully connected to the university. Academics usually retain access to the institution's email accounts and facilities, even when they retire. All this was taken away from her due to her unjust dismissal. "Every aspect of her life and her future was in danger, for no particular reason, and unjustly."

Plot said she made her case public to prevent similar incidents of unfair treatment in the future. A university spokesman commented: "We continue to believe that there are serious inaccuracies in the verdict, so we will appeal."