Britain: The candidates started a series of public debates

The candidates started a series of public debates 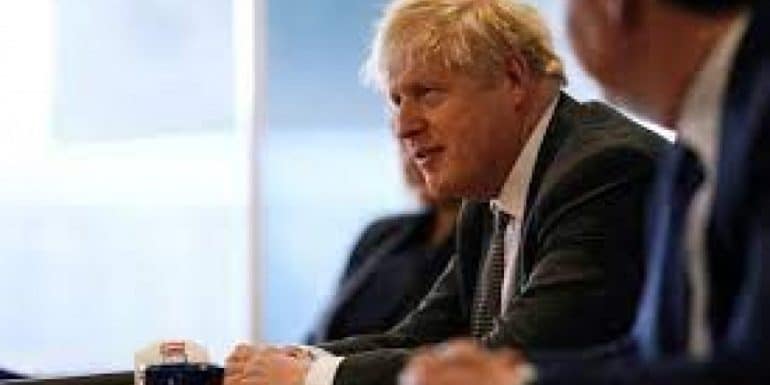 The candidates to succeed Boris Johnson as the Conservative Party leader and Prime Minister Liz Truss and Rishi Sunak launched the first of a dozen public debates across the country last Thursday night to win over Tory voters.

Members of his party, which holds the majority in the House of Commons - estimated at almost 200.000 - will elect by postal vote the successor to Boris Johnson, who was forced to announce his retirement at the beginning of July after a series of scandals. The result of this process is expected on September 5.

"Her experience makes her best suited to defend the United Kingdom in these difficult times," wrote Ben Wallace in an op-ed in The Times, who, although among the big favourites, said three weeks ago he would not be candidate in the race to succeed Boris Johnson, to concentrate on his current duties and "guarantee the security of the country".

At first alone and then subjected to a back-to-back question-and-answer session – thus avoiding the risk of an immediate, potentially fratricidal confrontation – Liz Truss and Rishi Sunak set out to convince their audience in Leeds, northern England. , one of the Labor strongholds that resisted the "blue wave" of December 2019.

Each presented their program, also playing the card of proximity to the voters. Liz Truss played to the advantage of being a local child, pointing out that she grew up in the city of Leeds, where her parents still live, while Rishi Sunak grew up next door, as his constituency is nearby.

Speaking at ease, Indian-origin former finance minister Rishi Sunak joked about the region's climate in which he would be congratulated for his "tan", before insisting on the need to "restore trust", in a way distancing himself from the Boris Johnson, whose three years in office have been marred by a series of scandals.

Asked whether he "stabbed" Boris Johnson, to applause from the audience, Sunak tried to express his gratitude to the prime minister and assured that he left the government due to differences in economic policy. "I had no choice," he said.

The 42-year-old former finance minister emphasized the history of his family, which embodies, according to him, "conservative values", and characterized inflation as "the enemy that impoverishes the whole world". As for his lifestyle, the former banker stressed that more than his Prada shoes or expensive suits, what he "does for the country" matters.

Sunak also reiterated his refusal to cut taxes before the price rise front calms down, while Liz Truss pledged to reduce the tax burden "from day one".

Acknowledging his position as an outsider according to the polls, the former finance minister reiterated that he will fight "for every single vote".

Also looking comfortable, 47-year-old Truss drew spontaneous cheers from the crowd as she spoke about issues such as transport, Britain's support for Ukraine and support for local farmers.

During questioning, she also saw her participation in a demonstration to abolish the monarchy in 1994 resurfaced.

Queen Elizabeth is "too kind" to mention the incident at the first hearing she will give her if she becomes Britain's next prime minister, Liz Truss replied in good spirits.

The two finalists had already faced off in two telefights earlier in the week, the second of which, on Tuesday, was cut short after the host fainted on set.