Britain: The skeleton of a 19-year-old girl was found in the garden of a pedophile 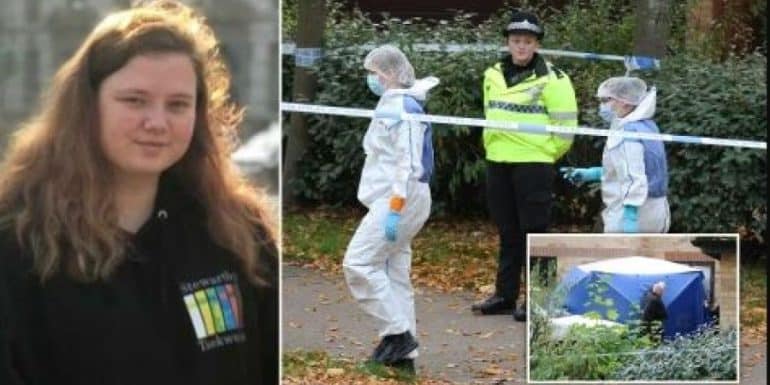 19-year-old Leah Croucher went missing on the morning of February 15, 2019 as she left for work. But she never arrived and her parents, Claire and John, reported her missing.

Investigations into Lia's fate continued, while last night, the authorities found a skeleton believed to belong to the 19-year-old, as the backpack with her personal belongings, which she was carrying before she disappeared, was also found next to it. However, forensic investigations are continuing in order to establish whether it is the missing person.

Also to identify the culprit, inquiries are turning to a pedophile convicted of assaulting two teenagers who appears to have lived in the particular house in Milton Keynes, Buckinghamshire, in whose garden the bones were found.

As reported in an extensive report by the Daily Mail, the police are thoroughly searching the £490.000 detached house which is located in Milton Keynes, Buckinghamshire and is about half a kilometer from the girl's home. The attacker's parents, however, told the Times that they had moved before Leah's disappearance and had not seen their son "for years".

In the meantime, the neighbors also claimed that the single-family house had been empty since 2019.

It was also revealed that the young woman regularly passed by the house on her way to work. According to sources cited by the British newspaper, much of the forensic work has focused on one of the ceilings of the house as well as the abandoned van located outside the detached house.

The convicted pedophile's parents told The Times the family had moved before Leah went missing. His mother also told the newspaper that they had not seen the convicted sex offender "for years".

Tragic irony
Just nine months after the 19-year-old disappeared, her brother was found hanged in his flat in Bletchley, Milton Keynes. He was rushed to hospital where he died two days later.